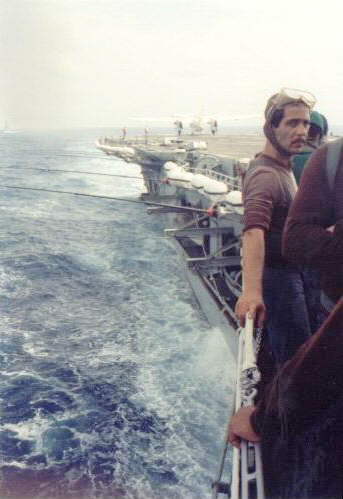 Starboard side looking aft, shows that the old lady is being put to run a lot, for the sake of wind conditions for the flight operations. You can clearly see the davits serving the boats of the open spaces.

A nice shot of a free run take off (with no catapult assistance). It's easy to see the straight white guiding line, the red and white lines marks the clearance limits for landing planes. There are landing spots for helicopters and the quadruple 40mm radar dish at the right. 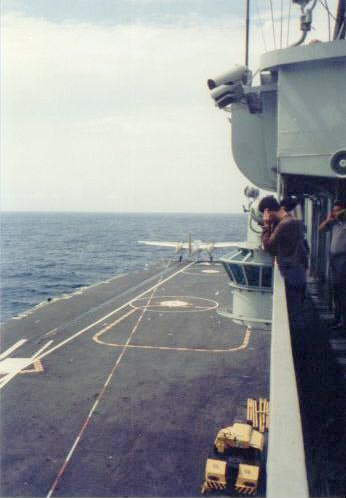 This photo shows some cylinder like, half cut tubes fixed to the side of the island (top), they are red flood lights for discrete illumination of the flight deck and are intensity controlled by the air officer command. The most interesting detail are at the joining of the free run markings and the landing strip lateral markings end, on the flight deck, it looks like a small triangle protruding from the white marking;  is a red-yellow paint marking the jet blast deflector. It was maintained for some time and finally covered up, until the acquisition of the navy's A-4s. Of course, it was intended for the very low jets of the 1950's, like the Sea Hawk of the Royal Navy's trial group, that was aboard for the finally re-commissioned "Minas Gerais" to make it's flight tests. 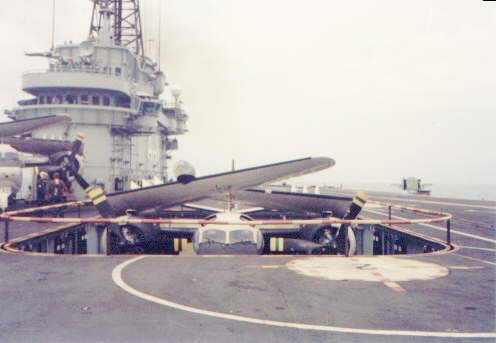 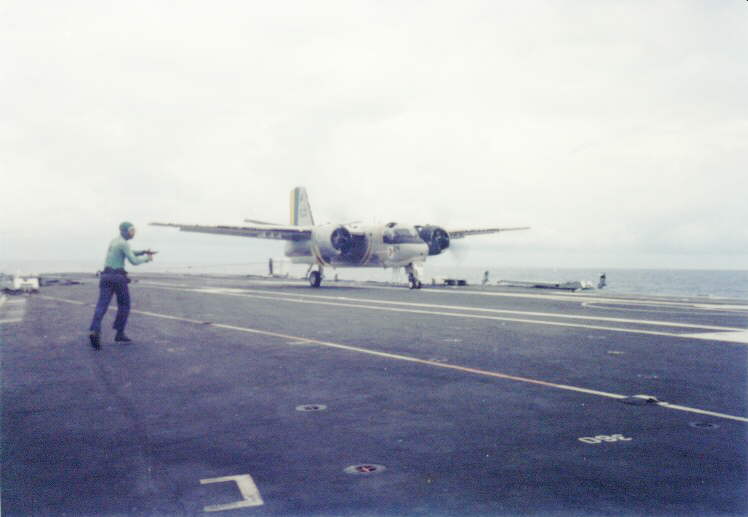 The UP-16A 7024 landing.  At both sides on the flight deck, the emergency barrier poles (painted white) are laying flat.  They are placed in added sponsons that were not installed in the reconstruction process in the Netherlands, the poles and the barrier storage (in cases aft of the masts) were located closer to the landing area. You can also see the number "380" painted in the deck, it stands for the length, in feet, of the flight deck, the little holes with welded crosses are for tie down purposes.  The running sailor is signalling to the orientator to remind the pilot to retract the tail hook. 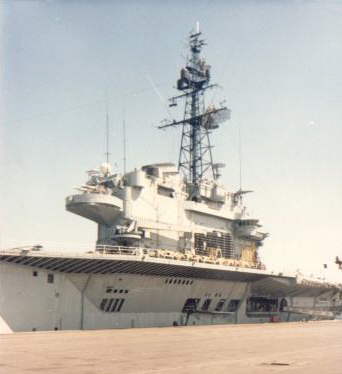 The island, starboard side looking forward.  Although not clear by the sun glare, the lifting crane stowed and the black tubes I believe, were used in fuel transfer.  Forward of it the yellow towing bars tied to the island's side too. Alongside it were the towing tractors.  On the inclined side hull aft, above ventilation openings, there is the sole port-hole of the 'famous' briefing room No. 2. 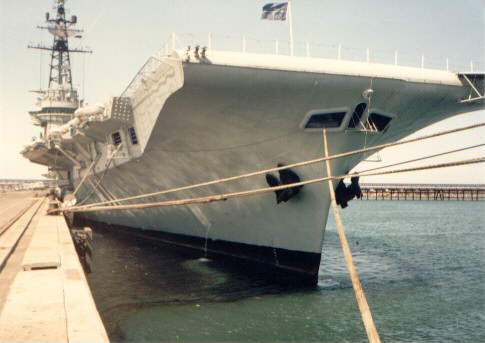 The Bow and the retractable Port-watch platforms, one at the starboard side (below the perforated plate at the end of the catwalk) of the Bow, between the two bigger openings at the front and the port side, barely seen between the mooring lines. 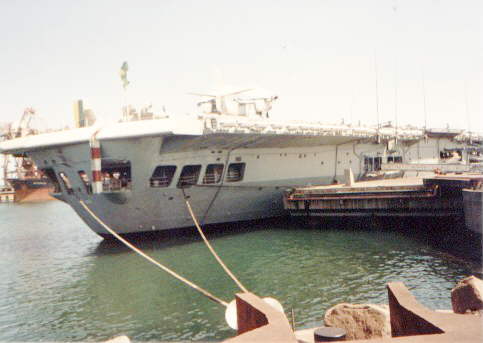 The stern and the bigger openings with extensions, hold a saluting gun each. 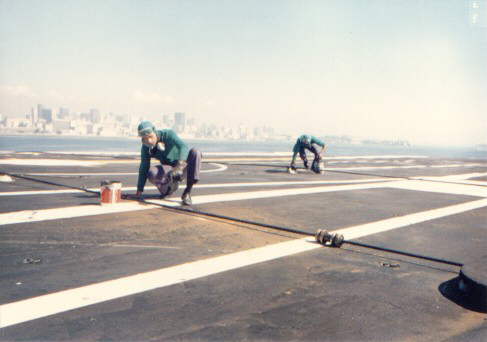 This photo initiates a series taken between 14th August to 22nd August 1989 and shows the arresting crew members getting the arrester wires grease soaked.  The ship was leaving the pier and heading for the mouth of the Guanabara Bay en-route to Santos City harbour. 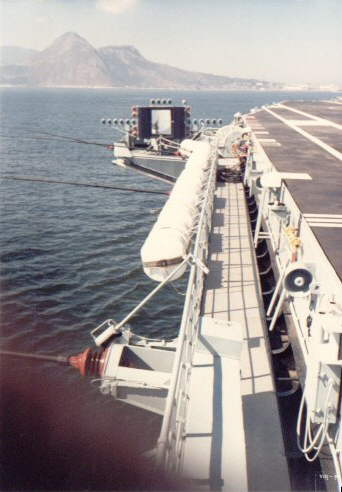 This photo shows the catwalk straight to the landing mirror sponson, shot from the landing signal officer's platform.  Note the markings at the deck's edge showing the crew what equipment could be found at that place and galley stacks beneath the mirror's sponson. 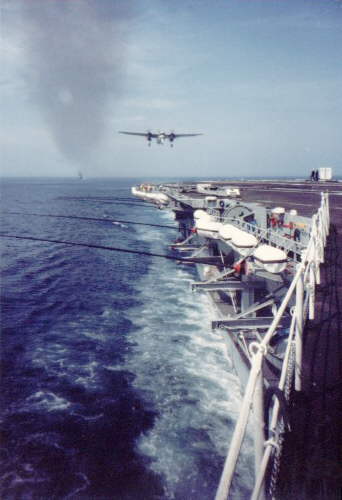 This shows a good view of the ship's stern, boat stowage and the emergency barrier pole, laying flat on the flight deck.