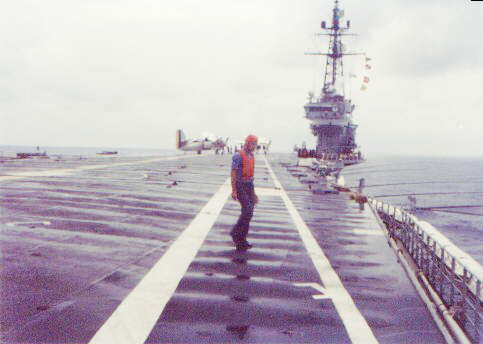 This photo shows the flight deck and the marked 'wasted' shape it has. The white ']' shaped markings are spotting help, making it easier for the deck handling parties duties. The white square at the very edge of the deck  (a line) indicates the location of a ladder to the catwalk. These photo's taken between 6th & 17th March 1989. 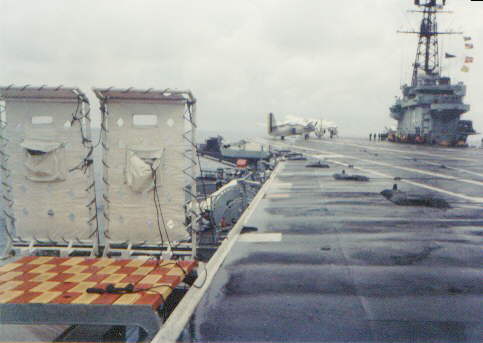 The LSO post that is projected through the catwalk, wide to the sea, it is guarded by a canvas funnel that (theoretically), in an emergency, would lead some falling body to an open space on the stern deck. A careful watch will show also the twin 40 mm. AA mount (with red box above) and the retracted landing mirror on its sponson. The reels are for fuelling lines, marked with orange square for avgas, and blue for kerosene. As you can see by the phone lines and mirror's lightning control handle on the LSO platform and the movements at the forward part of the deck, the ship was being readied for flight operations. 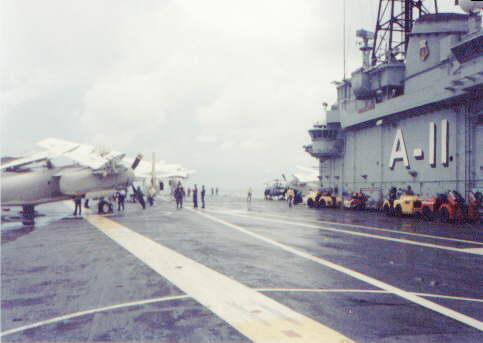 Port side, angled flight deck and a closer view of forward activity. The white line on the deck is the guiding mark to a through run take off. 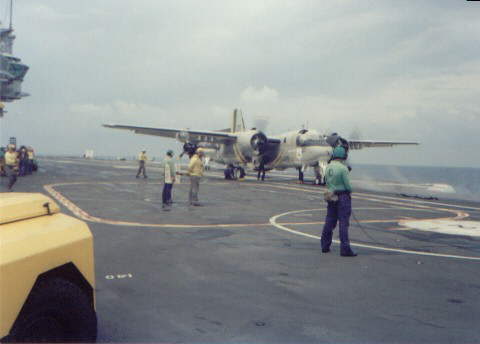 This photo gives some perspective on the ships dimensions; the far white square protruding from the deck is the LSO's wind barrier. Following the decks edge to the bow, the white mark beyond the catapults steam cloud, marks the end of the landing strip, 145m. long and the maximum width of 45m. At the front lift platform are the catapult officer, and the placard man, with the weight and speed board, which is displayed to the pilots before launch. The overhanging glass panelled structure is the ships captain position. 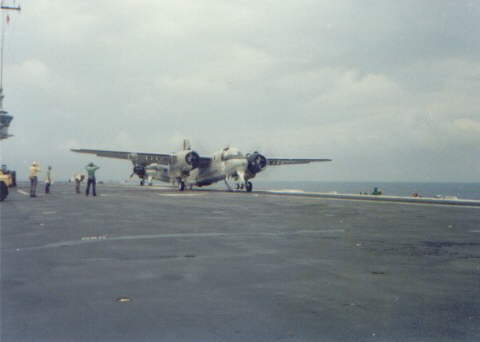 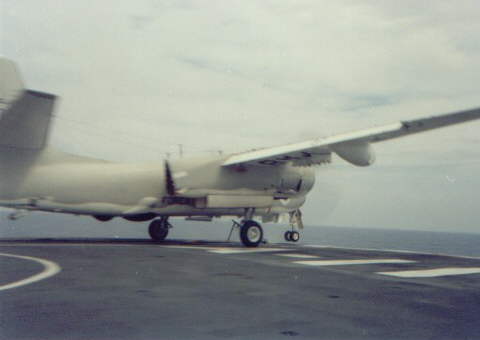 In this photo, note the catapult hook free of the catapults bridle, it can be seen lying ahead of the P-16E 7037. 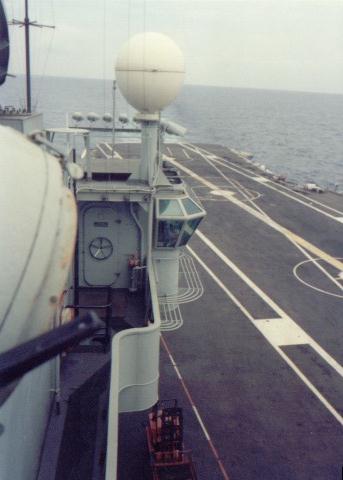 Photo taken from the signal flags storage area at the top of the island and shows the air control tower entrance. At the right of the door you can see some guard bars around the secondary access through an welded stair on the island side. The two antennas of the PAR radar were not yet installed to the top of the tower. To the left of the photo appears a 'blinker' and its black handling lever. At the top left side, we see the surrounding structure of the funnel stack. 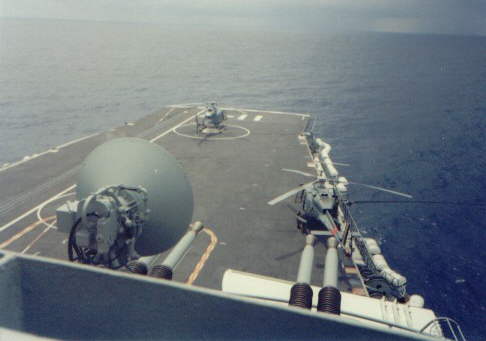 The bow of the ship from the island. The barrels and the fire radar dish antenna of the forward anti-aircraft gun mount. The folded wings of a P-16A parked right below are also visible, along with helicopters. 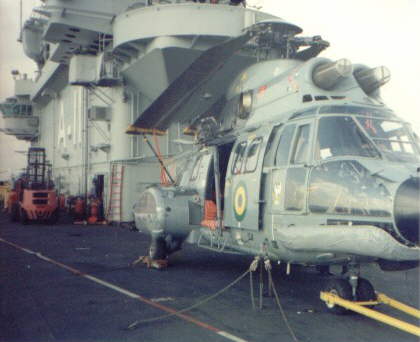 Photo of the island, showing forward air observation tower. The air operations and signal flags store are next to the rounded area at top of picture. The access stair to the tower can barely be seen. The box like structure in the middle of the photo, has a chair intended for a camera man to record the air ops. At deck level, the red and white lines mark the safety limit to the wing tip of a landing aircraft and is very useful for the towing and parking of aircraft purposes. 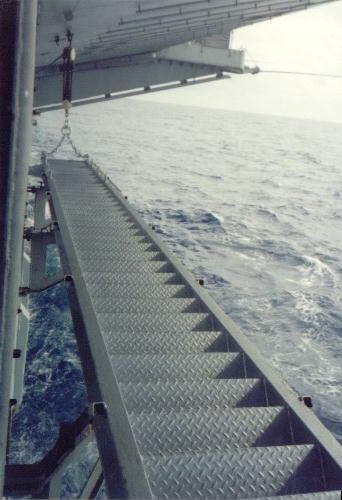 Photo taken looking aft, from the forward open space at hangar deck level on the port side of the sea stairway. The extension overhead is the angled deck projection and at the extreme is the landing mirror sponson.