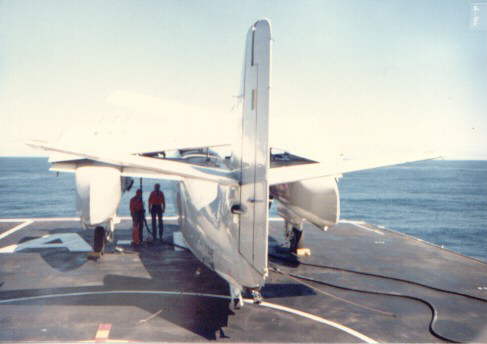 A Brazilian Air Force UP-16A, a conversion from a P-16a (S-2A) for COD and training purposes been refuelled at the bow of the ship.  Note the pennant number painted on the deck and the tie-down chains at the fuselage sides and inner sides of the main wheels.

Another UP-16A (7015) making a 'turn up' for maintenance purposes.  Note the different painting patterns on the props. The ship has it's forward quad 40mm. anti-aircraft gun with fire director radar dish antenna at the Task Force bridge level, above of the ships bridge. 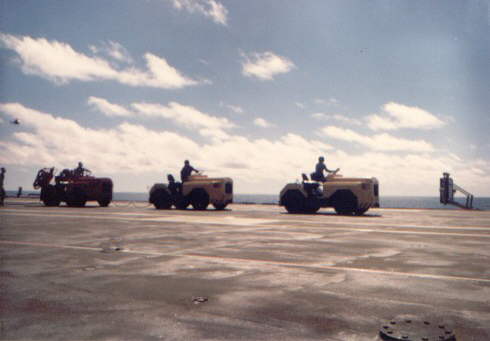 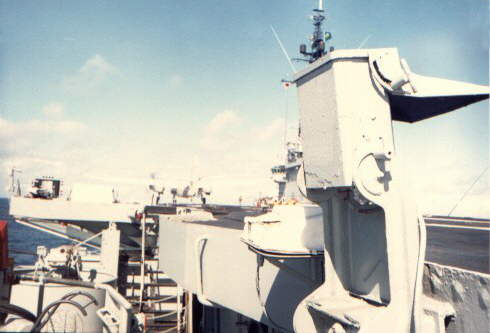 The structure above the deck is one of four light sources intended for marking the limits of the arresting zone to the pilots in night landings, the white cover at left is one of the flight deck speaker systems. The red piece at the extreme left is the twin 40mm block cover and the sight of the mount guarded by two curved bars. Beyond that is the optical fire director and a stairway to the flight deck. 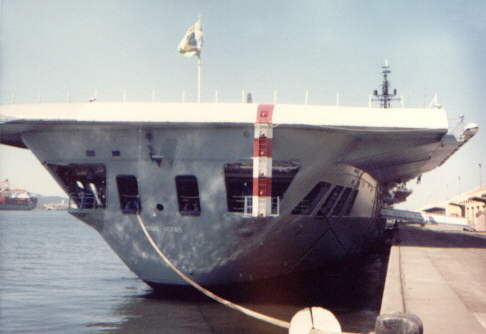 Minas Gerais at Santos City harbour. The ship's name is visible, painted white below the lower line of the hull openings. 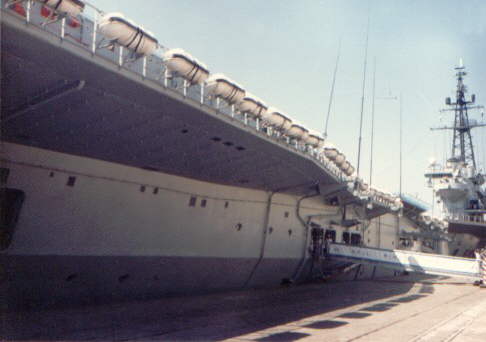 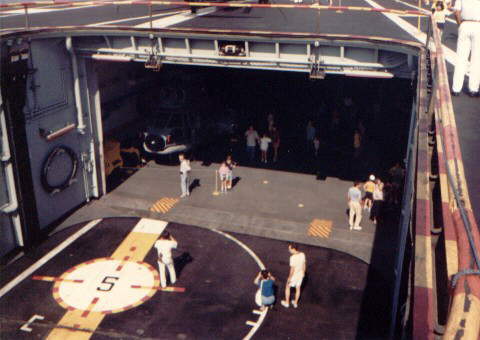 A view of the aft lift, lowered for an opening day. The red and yellow marking on the grey hangar deck flooring, secures the retractable fire curtain within the hangar deck. 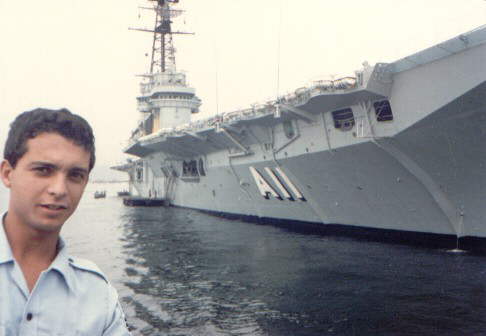 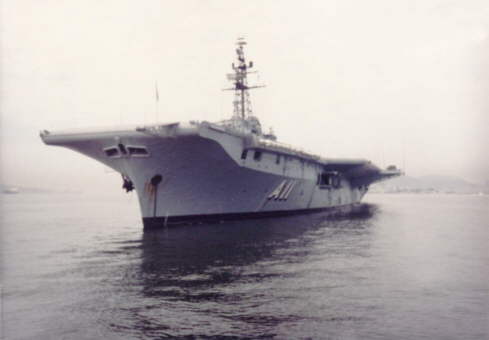 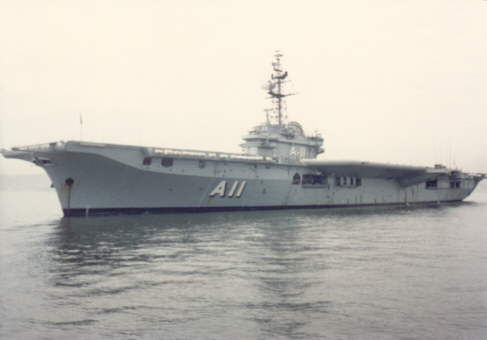 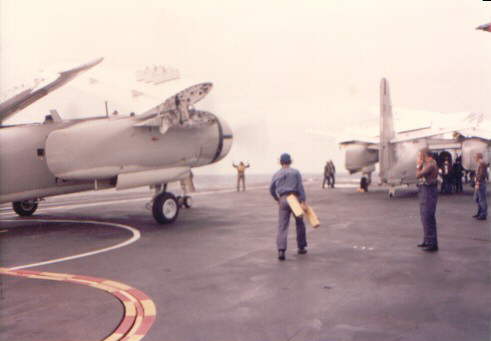 An incoming aircraft is moved forward off the front lift (red and yellow markings, bottom left hand corner of photo). A sailor moves towards the aircraft with chock for the wheels. 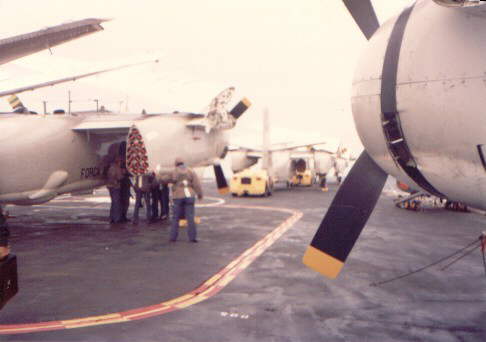 Brazilian Air Force P-16E (S-2E) is on the forward lift ready to be lowered into the hangar deck. Two UP-16A's (converted S-2A's) are connected to towing tractors, ready to be towed onto the lift and stowed in the hangar deck. Note the 'tie down chains' on the aircraft right.