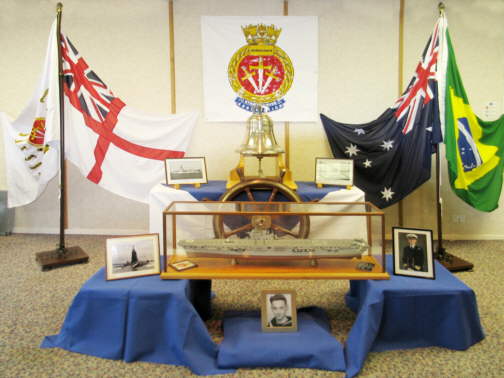 The main display at the 2006 annual reunion. 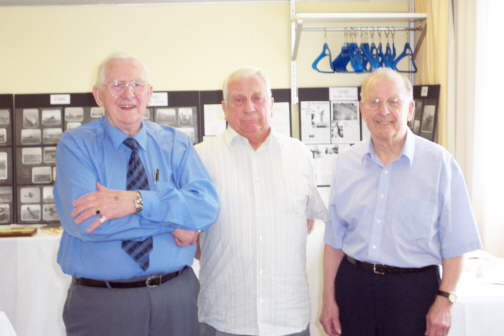 (Left to right) Alex Fay, Eric Rayner and Tommy Rainbow, all of 1850 Squadron, meeting for the first time since 1945 at the reunion. 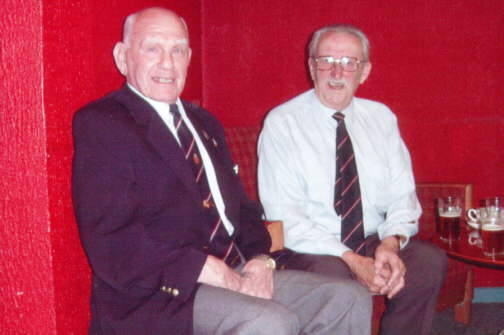 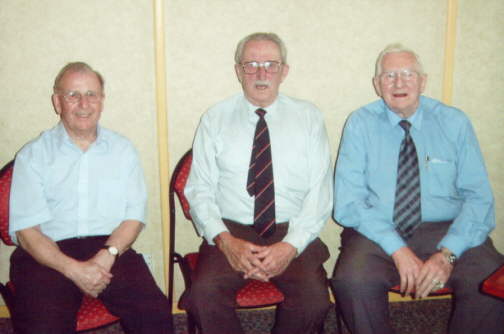 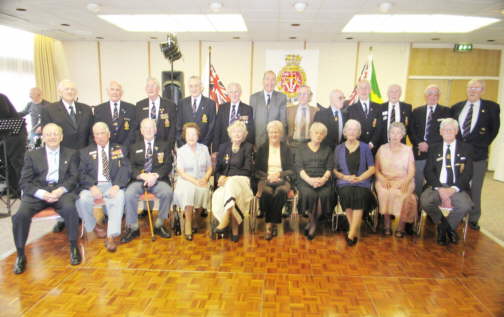 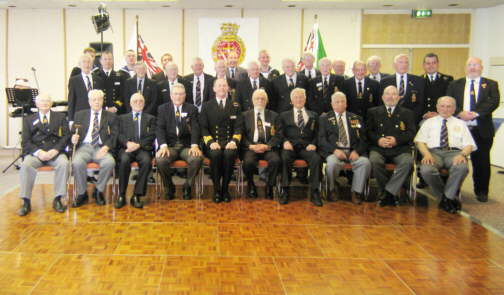 Group photo of the Ship's company and Association members. 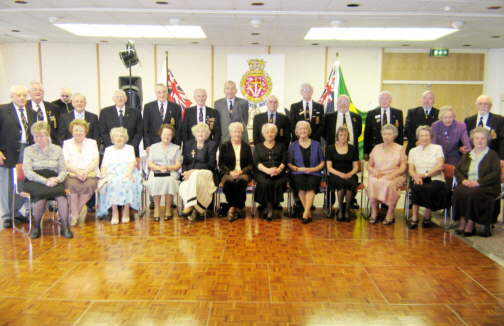 Group photo of Association members and their wives. 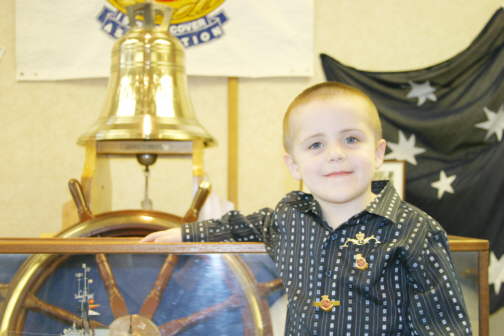 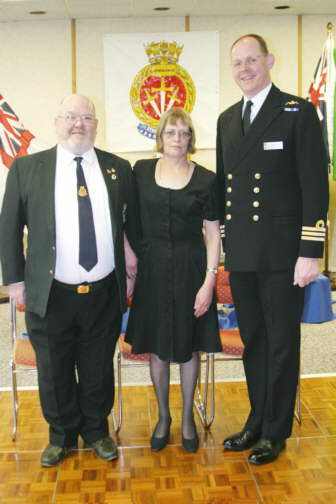 Mr. and Mrs. Mike Jackson (T.S. Vengeance) with Commander Lister of the submarine. 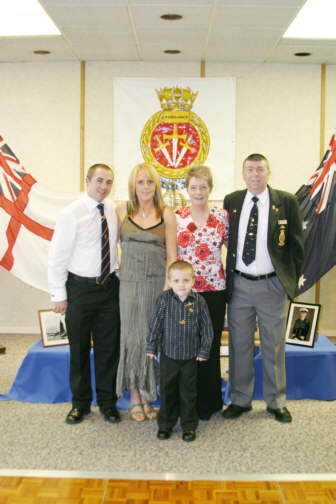 The Davis family at the reunion.