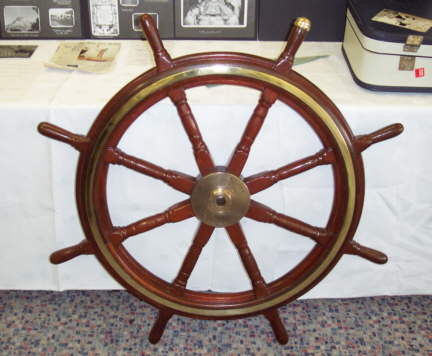 HMS. Vengeance ships wheel at the reunion, finally returned to the Association from Brazil. 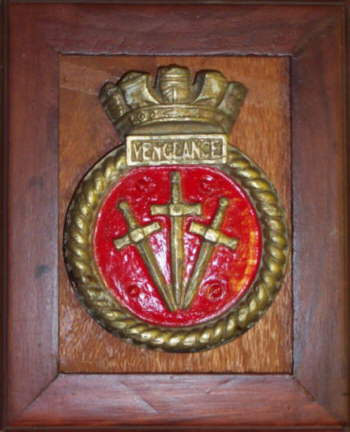 The front, port side motor cutter crest, mounted on red Australian gumwood and returned to the Association by Robin Pascoe, ex-Royal Australian Navy. 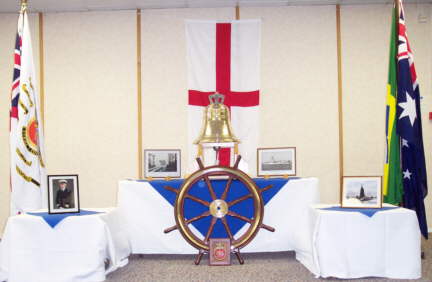 The main display of standards, bell, wheel and crest (from port side front motor cutter). 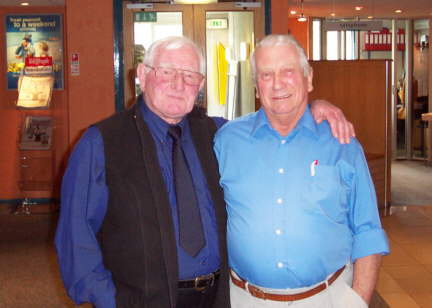 Reunited via the website and meeting for the first time since 1946, Engine Mechanic Ken Reid (left) and Ordnance Eric Rayner, both of No.1850 Squadron. 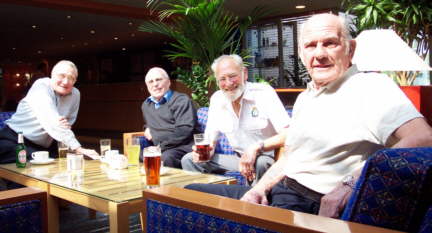 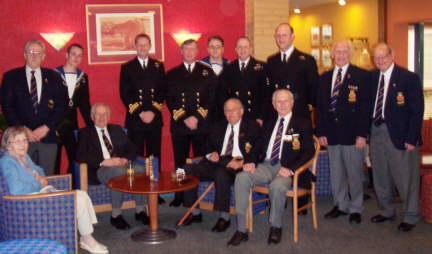 The ships company from the latest HMS. Vengeance meet former members of the ship. 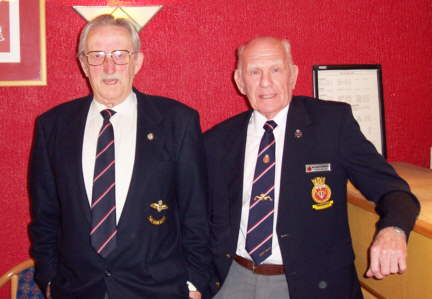 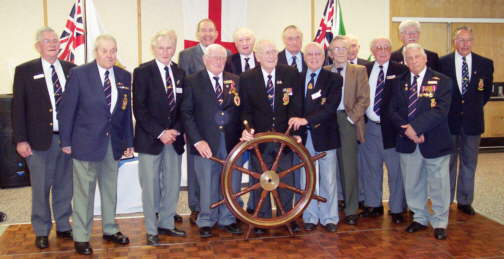 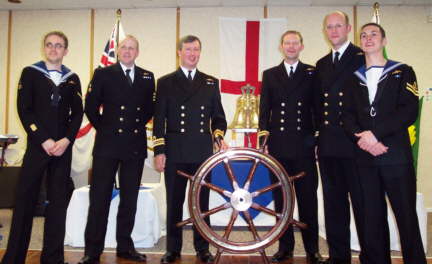 The present HMS. Vengeance ships company with the wheel. 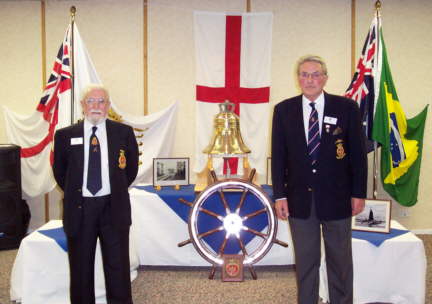