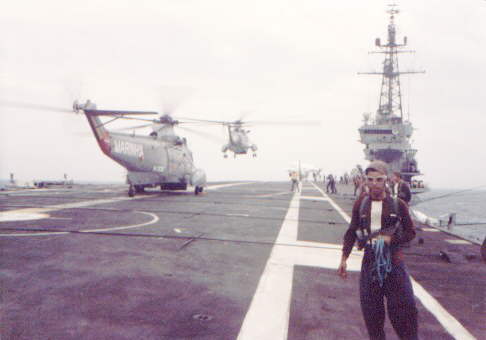 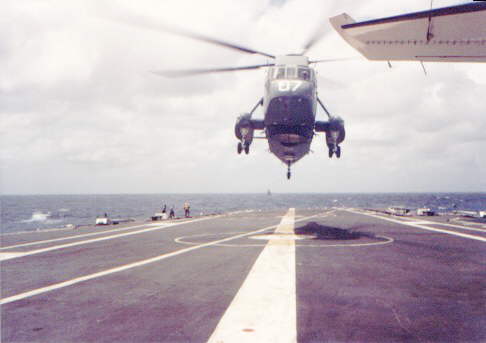 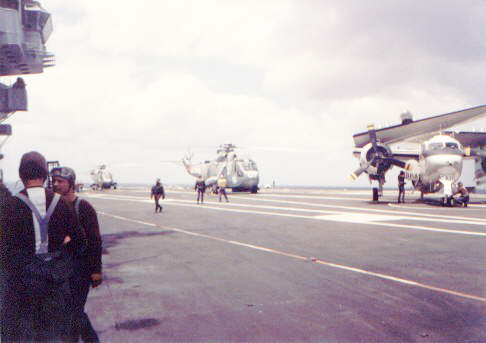 Photo taken almost at the widest part of the flight deck looking from starboard side, to port side aft. 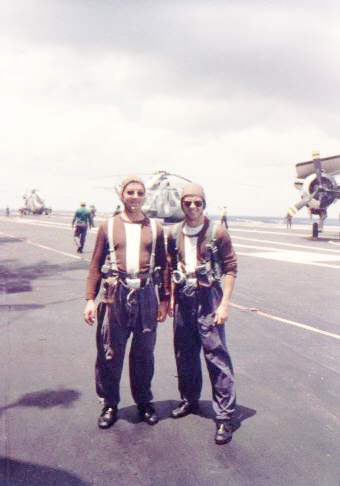 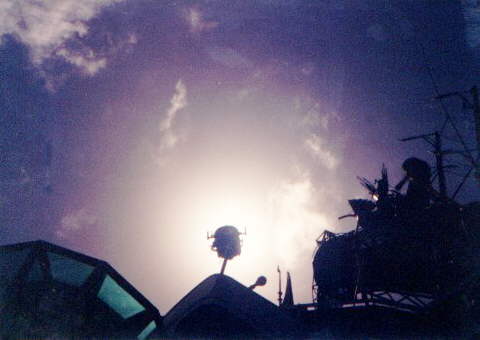 A BAF 7035 spotted for a catapult launching. 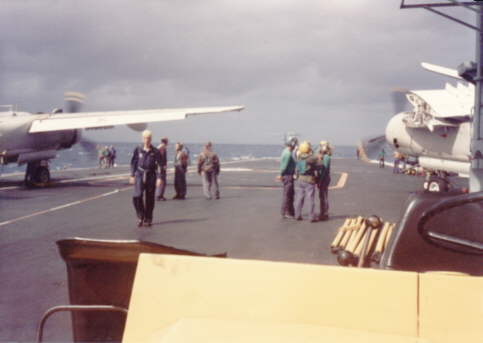 A 7035 about to be bridled to the catapult (left). The yellow plate in the foreground is a towing tractor note it's control levers, camouflaged against the yellow towing bars on the flight deck. 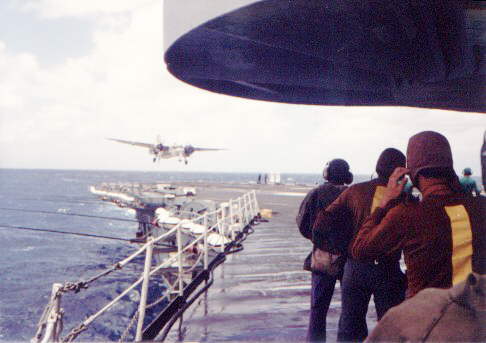 Shows from the island, looking aft and the LSO's canvas wind breaker on the port side. The structure above the men is the island's big crane base. Note the motor boat stowed on the ship's side, below the flight deck, starboard side. 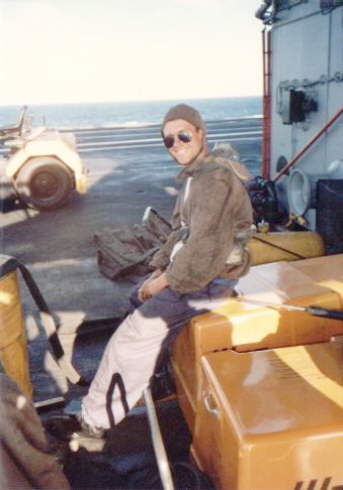 Sgt. Theisen taken at the island's rear area. The yellow equipment was used for washing the navy helicopters of the salty layer left after flying above the sea. The BAF planes were not washed in this way. Fire equipment was stowed on the deck at my right hand side and at my back you can see a foam pipe, painted green. 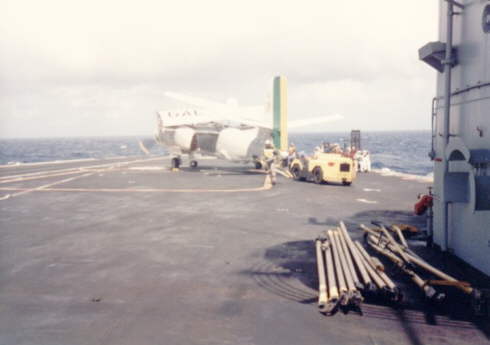 A P-16E being readied, it is still chocked to be towed backwards, engines running, toward the island's front area, possibly to clear the deck to allow another plane to be lowered to the hangar deck. Here we see the operational floor of the centreline lifts on aircraft carriers. The web like shadow on the deck was cast by a passageway around the ship's C.O.'s place on the bridge. There are spare towing bars on the deck, as is the crash crew. Note the pitching and rolling. 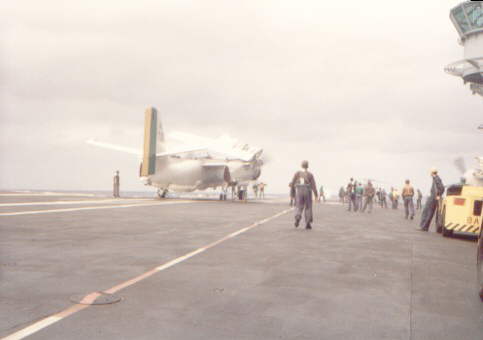 This is a wide view of the forward flight deck movements, while a P-16E is being readied to be catapulted off.  Note the still running P-16 in front of the island, barely visible at the extreme right of the photo.  There is also a helicopter being refuelled, hidden by the standing crewmen. 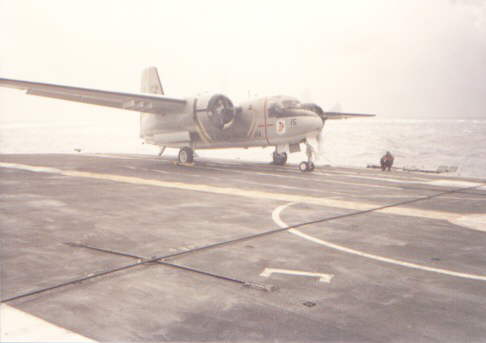 This photo shows the LSO waiting for the clearance of the deck (a noisy signal via deck edge loud speakers and a rotary light on the island that turns red or green).  The ship is not sailing against the wind because the LSO's wind breaker is lowered. 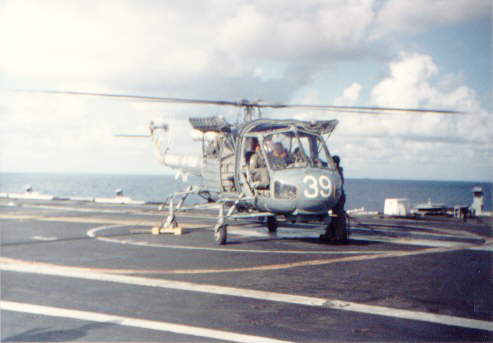 A British built Wasp helicopter of the Brazilian Navy lands on Minas Gerais. 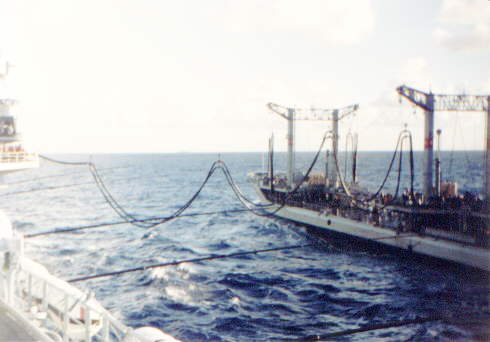 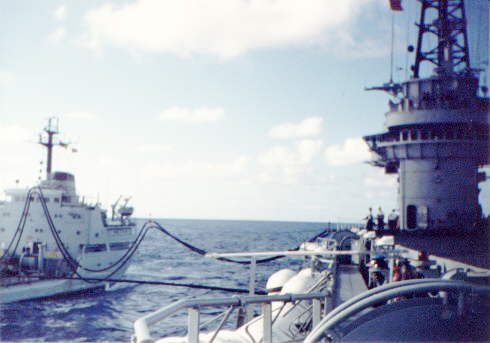 A forward view of the island, looking aft. The open door gives access to the 'swimmers room' as the crew continue to refuel from the oiler 'Marajó'.