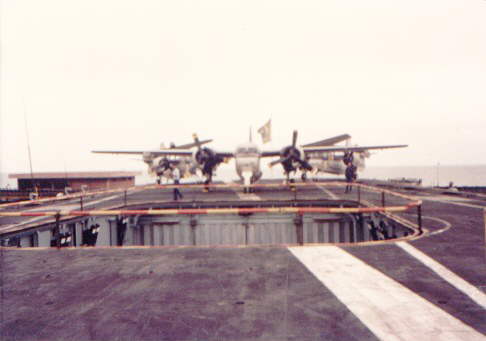 Photo shows the aft lift down and the heavy repair shop 'fire curtain' closed.  The black pieces at the lift well wall, are the 'upper' lift locks. 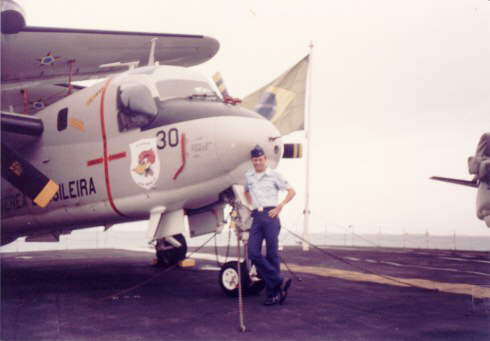 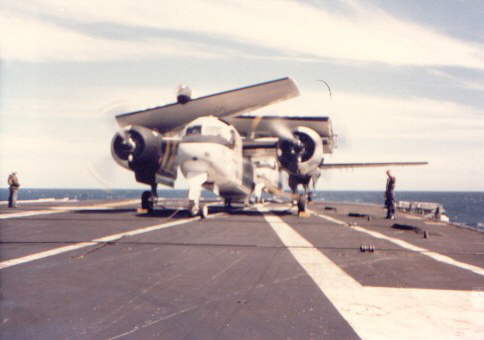 This shows the scratches on the deck surface made by the arresting wires joint. Note the wire lifting bar and the Landing Signal Officers wind shield lowered, indicating that the ship is not downwind yet. 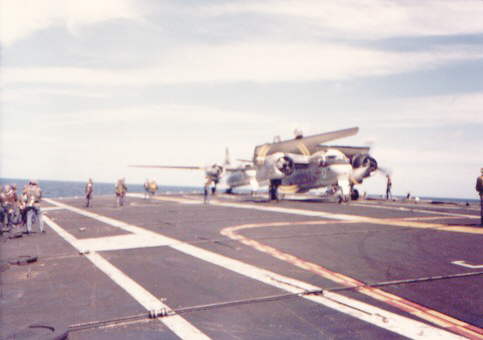 The photo shows the GAE's 'brown wear' personnel at left of the photo.  The personnel wait there until the aircrews OK for take off. 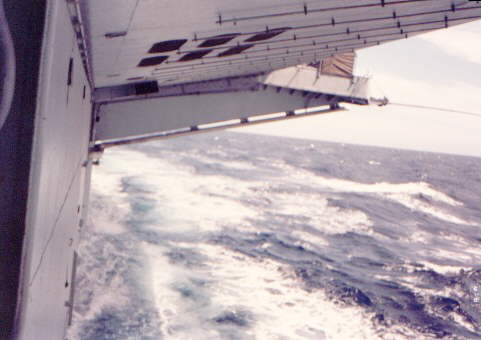 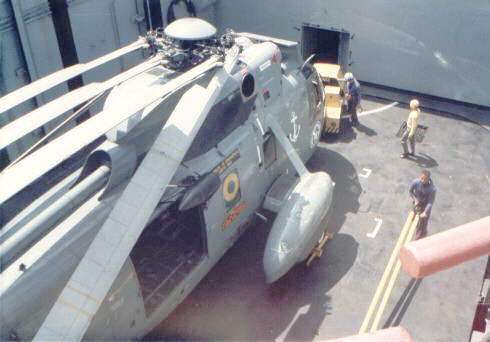 A SH-3 ASW helicopter on the forward lift in the lowered position. The open door facing it, is the aerial torpedoes magazine and maintenance shop. The long  yellow bar being handled by the crew man is a tow bar. 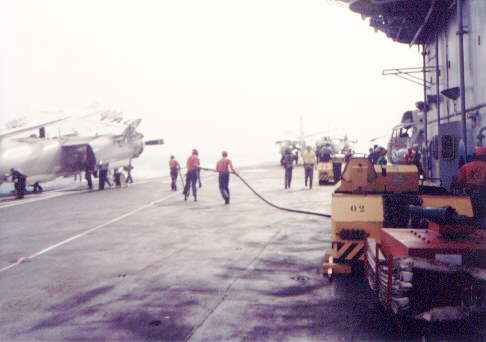 The refuelling party, the plane they are running for should be ready for a catapult launch. 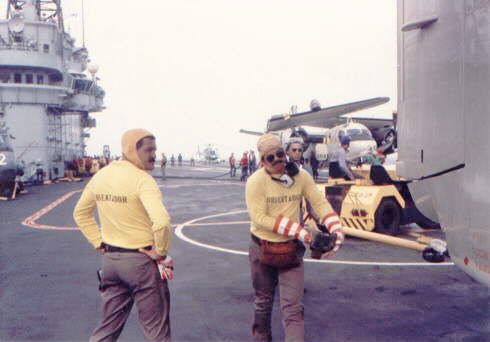 Aircraft handling. The P-16A will be towed by its tail, to a rear position on the deck. 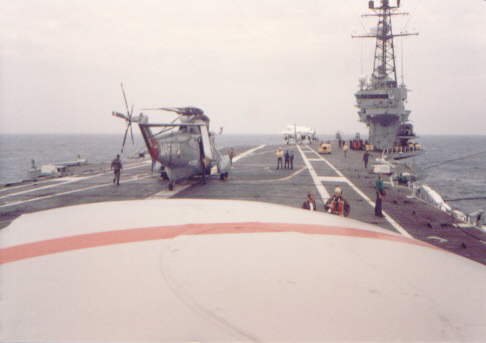 This photo was taken from the P-16´s radar operator hatch and shows the full length of the flight deck from aft, looking forward.  The red stripe marks and warns of the revolving propeller. 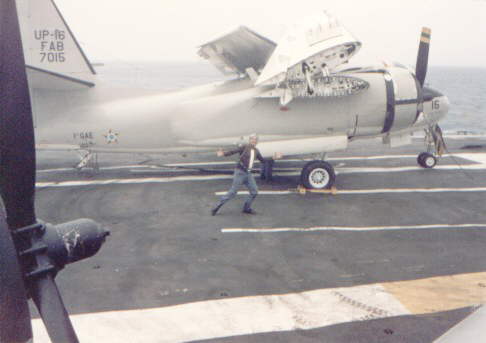 The joker BAF's mechanic Sgt. Ricardo, on the wrinkled surface of the rear part of the flight deck. 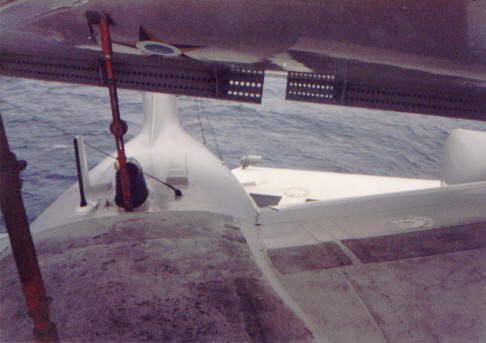 Close enough to the edge?  You can also see the ramp's lip spot light. 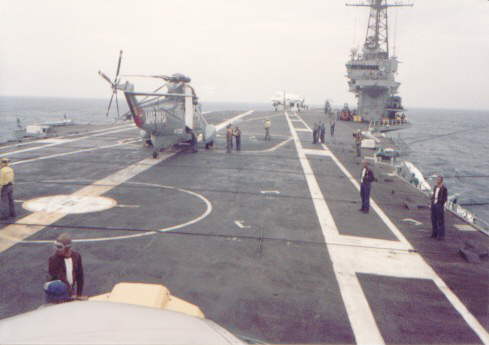 A good panoramic view of the flight deck with it's markings, cables, emergency barrier and rear lift.