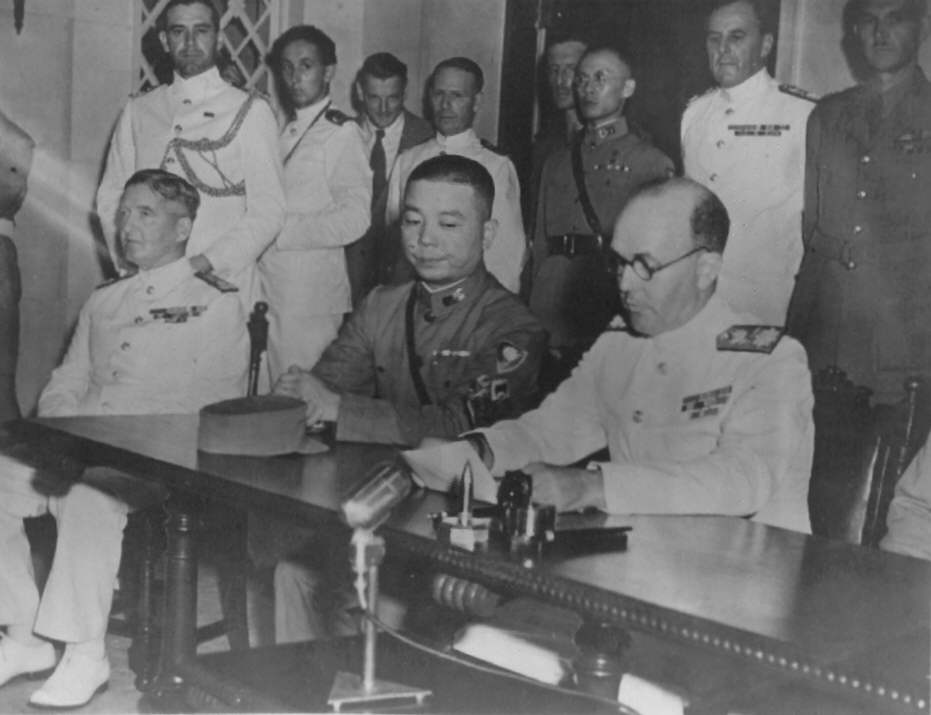 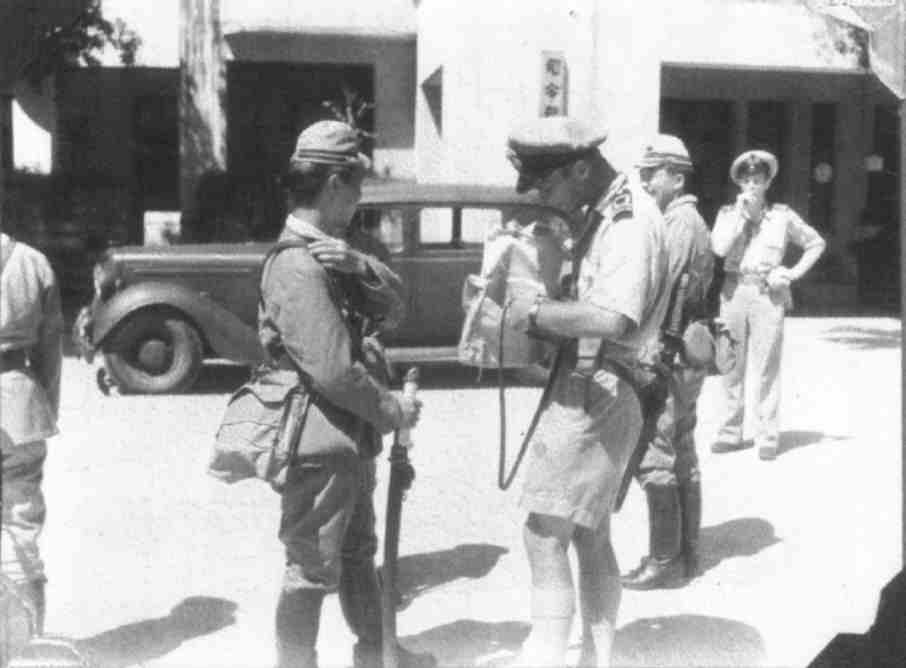 Japanese troops being searched by Naval personnel in Hong Kong. 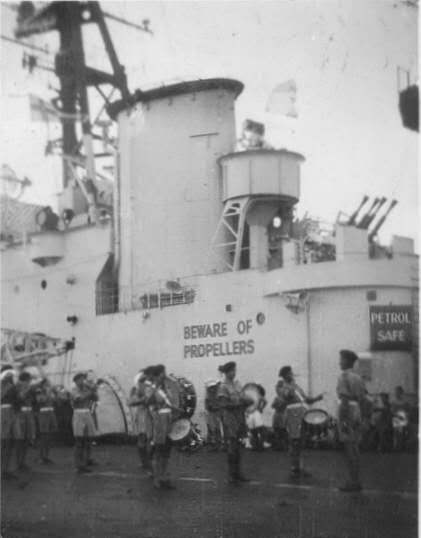 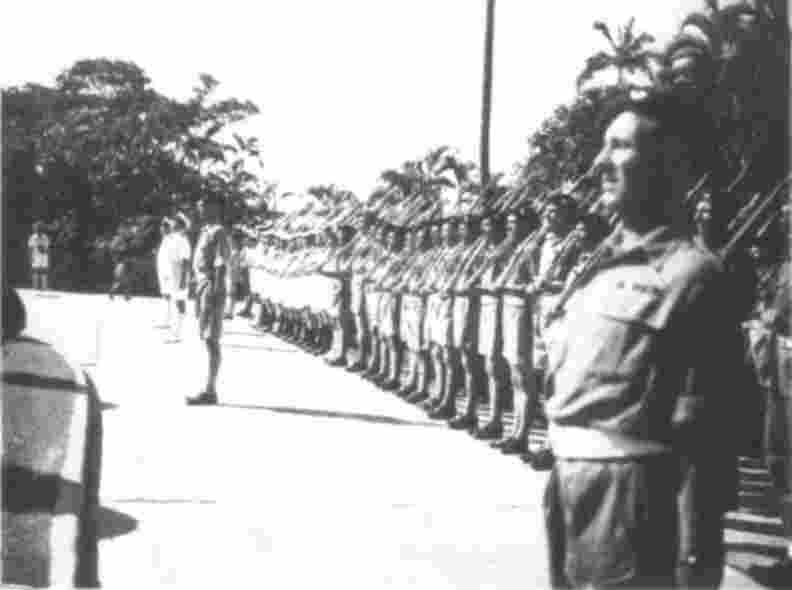 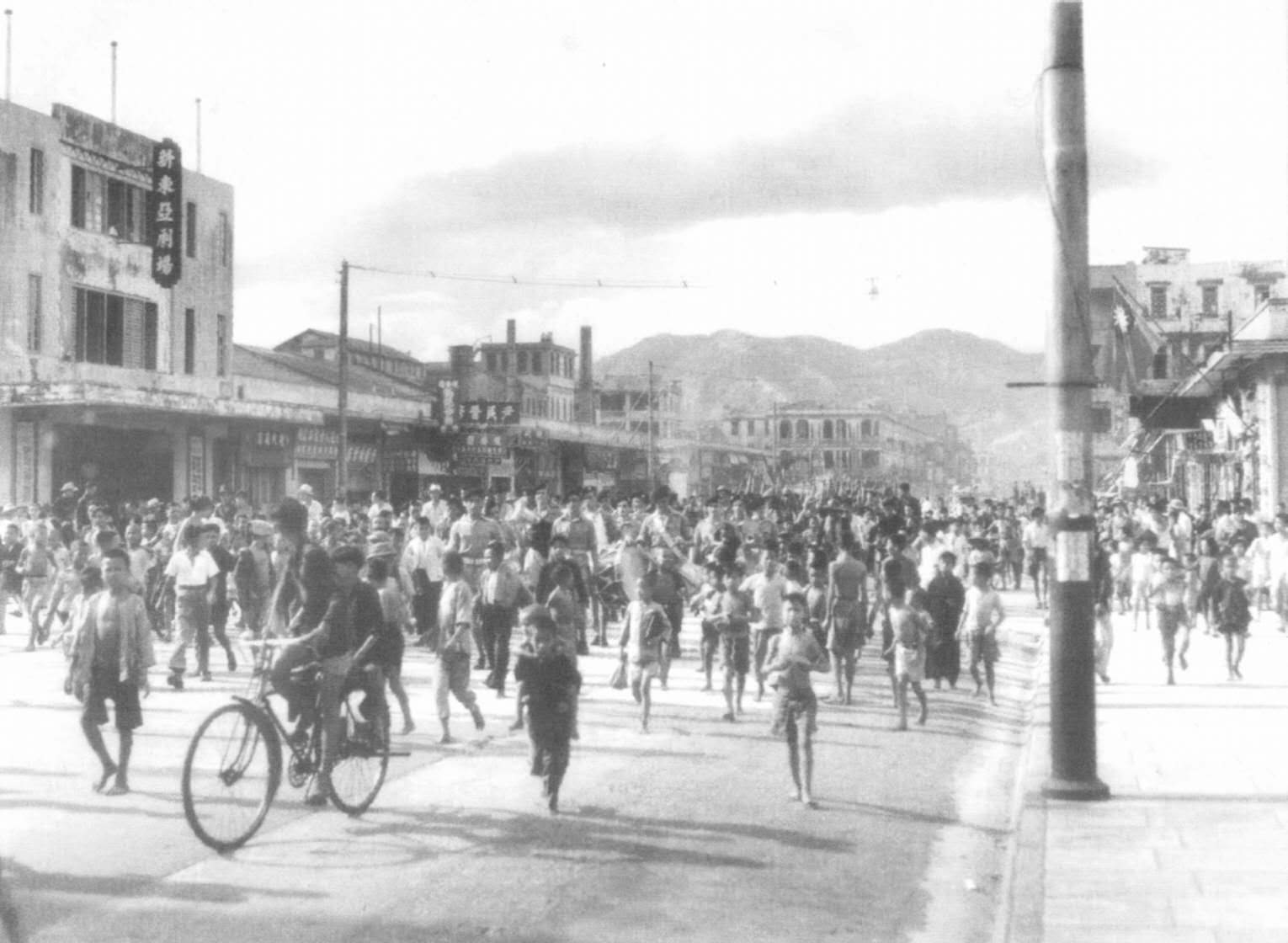 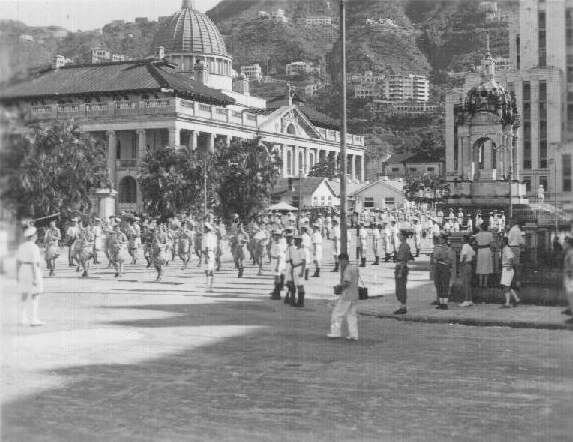 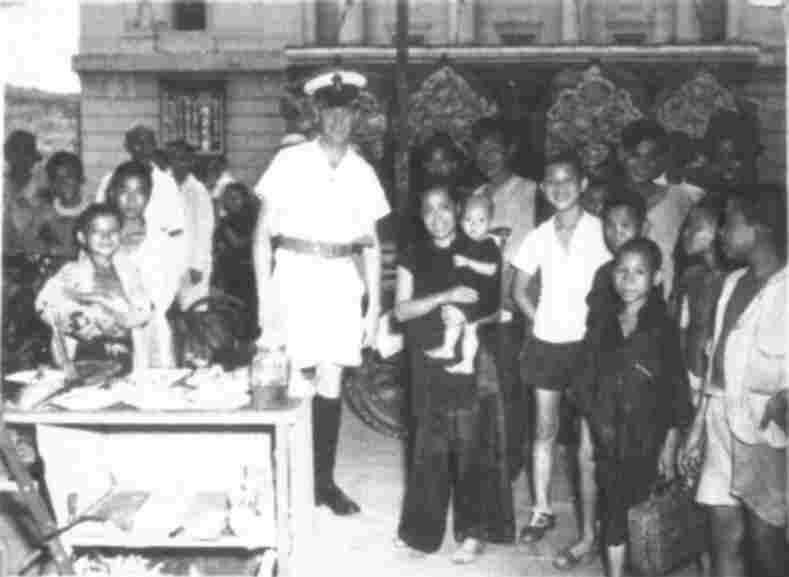 Regulating P.O. Poole, on the streets of Hong Kong. 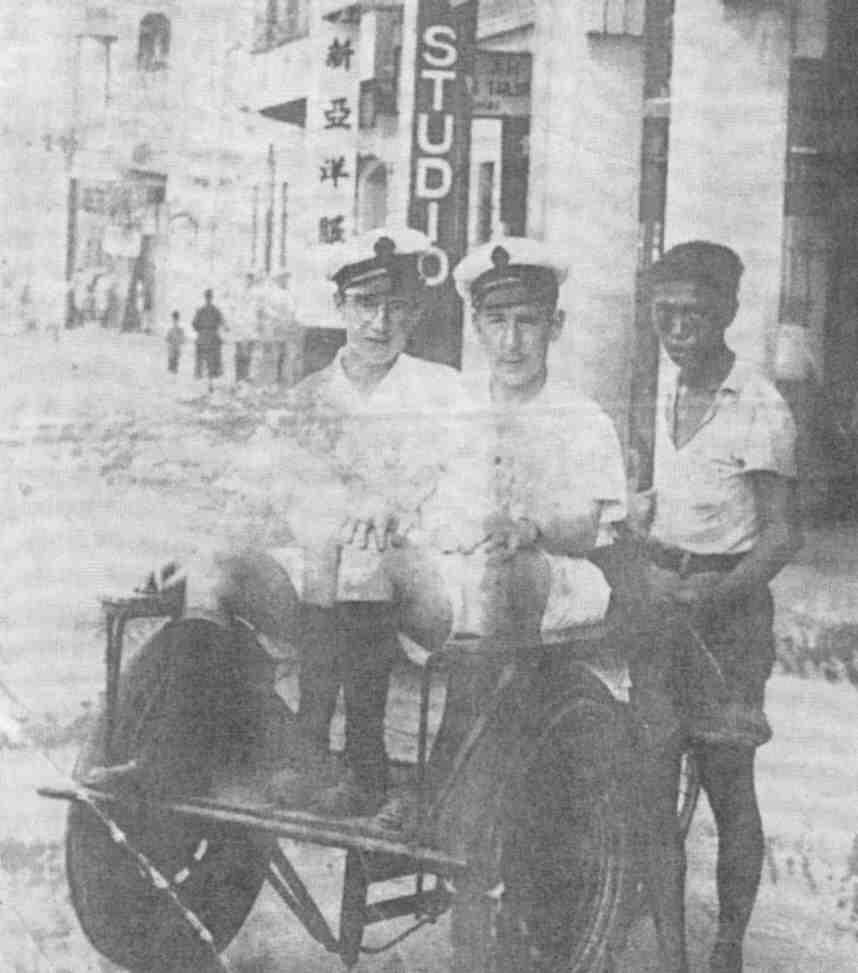 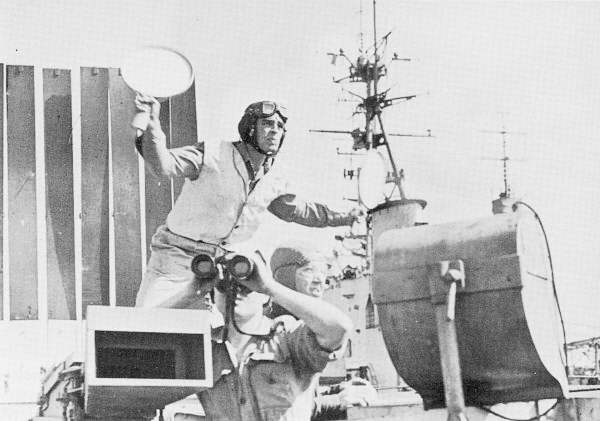 The 'Bats Officer', L/Cdr. Empson at work on HMS. Vengeance on 21st December 1945. The aircraft of both squadrons returning to the ship, from Kai-Tak airfield. 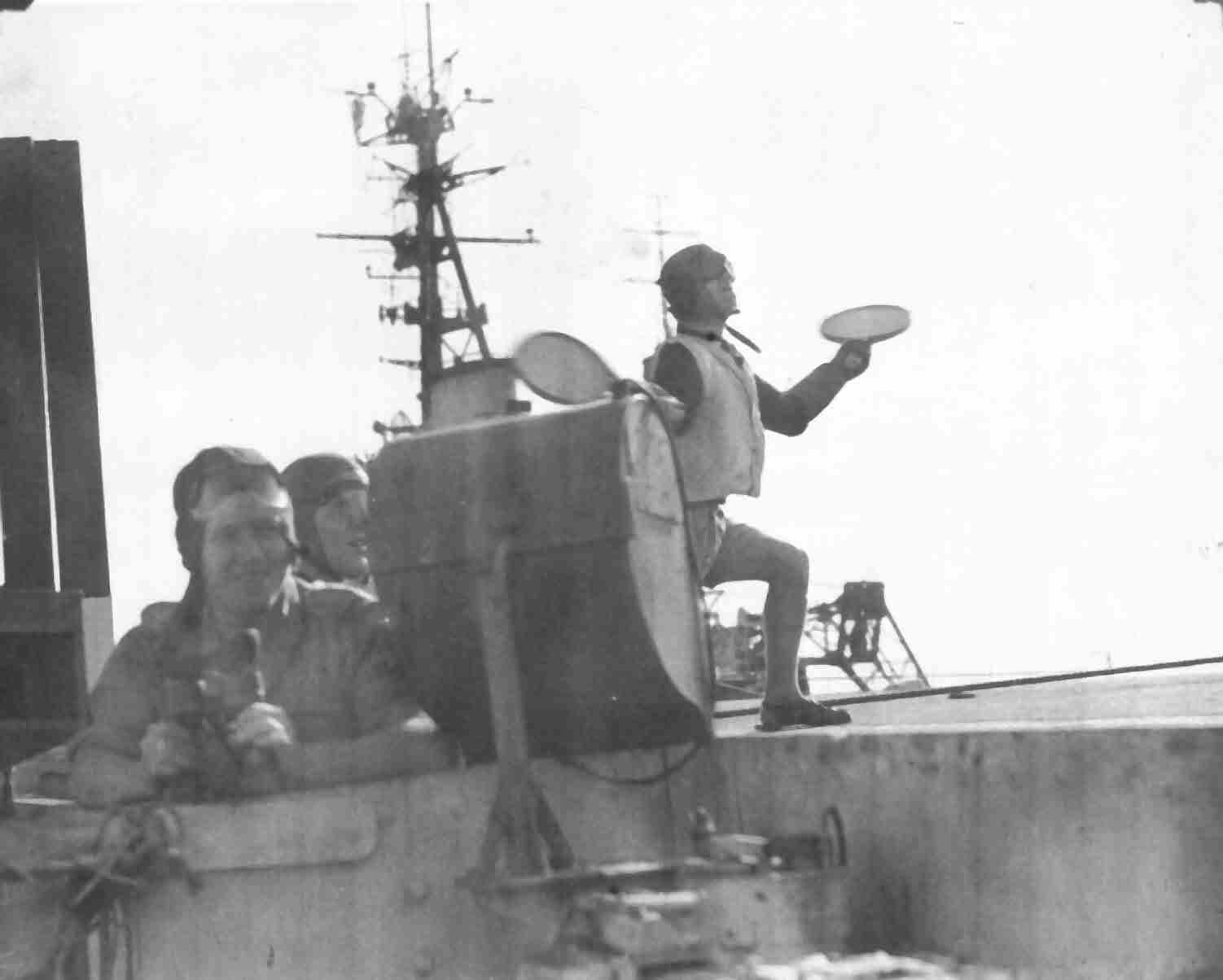 The deck landing crew at work on HMS. Vengeance on 21st December 1945.