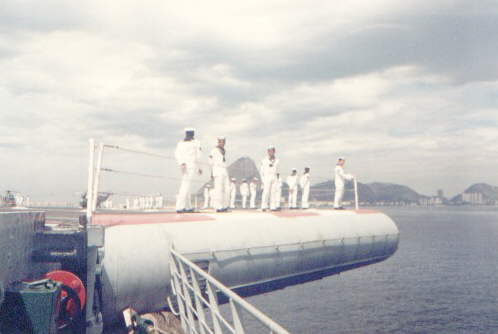 Flight deck landing strip details on angled part, port side. The ship was involved in a parade for entering harbour.

Two of the ship's motor launches alongside, beneath the angled flight deck on the port side (looking aft). 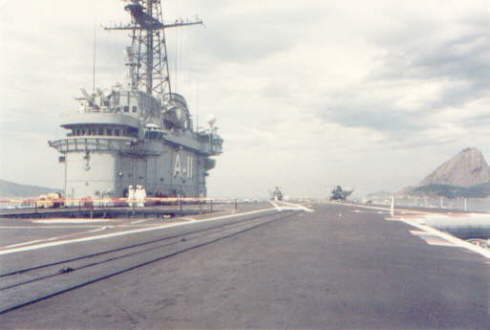 Flight deck markings and limit of the angled flight deck looking aft.  The front lift is down, exposing the red and yellow safety rails with the island and Sugar Loaf Mountain in the background. 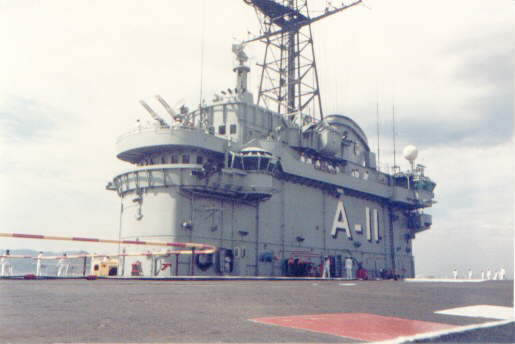 The island pictured from the catapult catwalk (port side). The centre door (open) is the VIP entrance to the island, from the flight deck.  It leads to the bridge or the ship's interior. 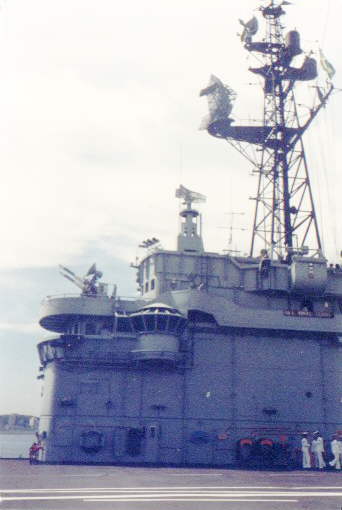 Note the "blister" observation post beside the door. I don't know it's purpose. The structure on the front top of the island, resembling a crest are red/yellow flood lights. 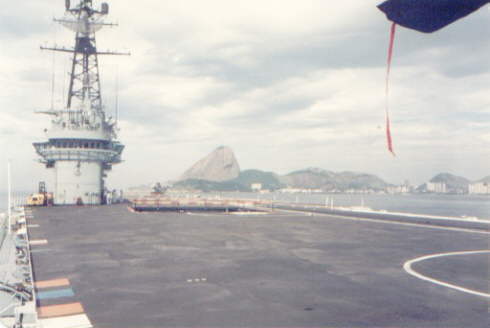 Island and flight deck looking aft, with Sugar Loaf Mountain in the background.  These photographs were taken between 16th and 18th April 1990. 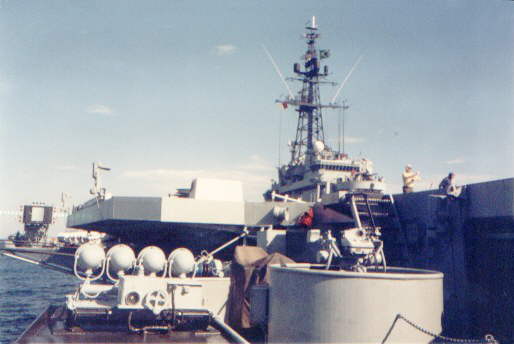 Looking forward from the port anti-aircraft gun sponson.  You can see the landing mirror's sponson, datum lights on (blue), indicating an incoming aircraft (the vertical red ones when on, indicate wave off). The mirror itself is concave, and reflects the light from the four cup like objects you see nearest the camera, making it appear as a 'ball' to the landing pilot (that is why they say 'call the ball' when beginning the landing pattern). Note the ladder to the flight deck, the extensions of it hold the emergency barrier apparatus, which is stored is the white box above it. 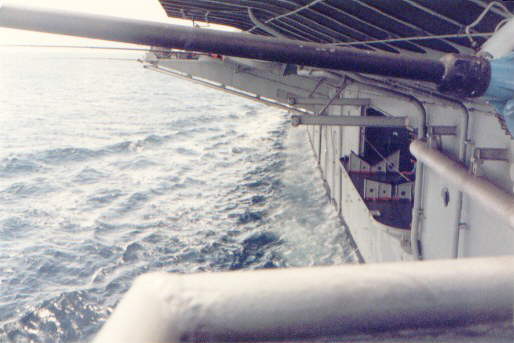 Ship's port side looking forward, from the edge of the anti-aircraft sponson.  Note the rear motor launch sponson, minus the launch, below the angled flight deck. 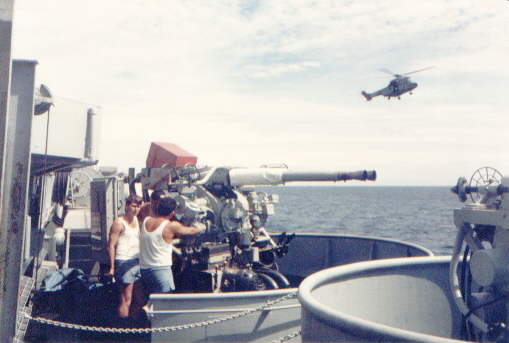 The twin 40mm. anti-aircraft gun on the port side, with an incoming Brazilian Navy helicopter. 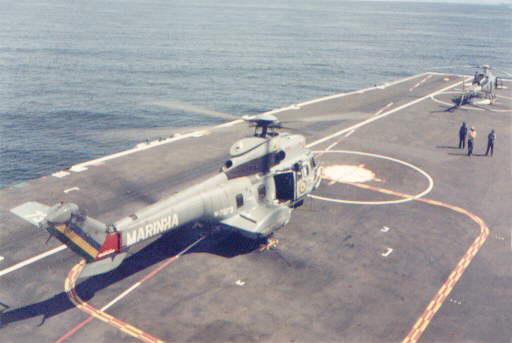 A Brazilian Navy Super Puma preparing to launch. Note the shallow 'U' markings on the forward lift platform and near the catapults track, these are a help for parking/towing parties. The straight white line is for free taking off pilots guiding. 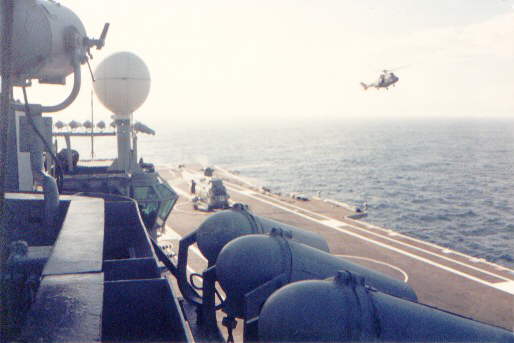 This photo was taken from the island's upper open deck. Note the dome on the control towers roof, this is the 'Sat Com'.  The cylindrical shaped gadgets in the foreground of the photo are the flight deck's flooding lights. 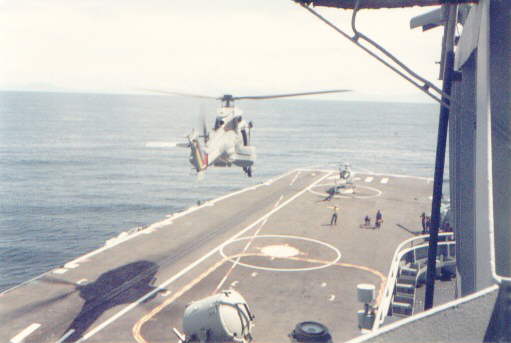 This photo shows the ship's bridge level (above it was the task force bridge), a signalling blinker, a compass and  the inner side of the 4x40mm AA guns placement rail, the provision for stowage of spare gun ammo. In open days it was covered by a stuffed cover serving as a sitting spot.