Son of William T. and Lena F. Tobias of Earley, Berkshire, England. Observer with No. 812 R.N. Squadron. While making his own way back to England for de-mob, as a passenger in a military aircraft it was involved in an air crash near Marseilles, France. The other casualty was Lt. Stanley Charles Turner. Aircraft details unknown. The Commonwealth War Graves Commission Casualty No. 2685932. War Grave photo below. (Enlarged) 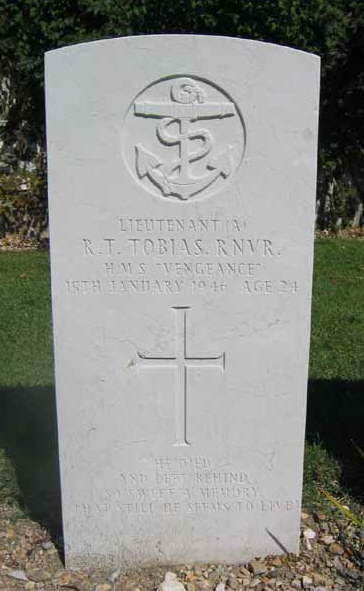 Inscription: 'He died and left behind so sweet a memory that still he seems to live'