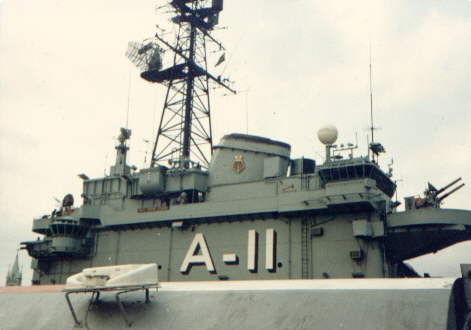 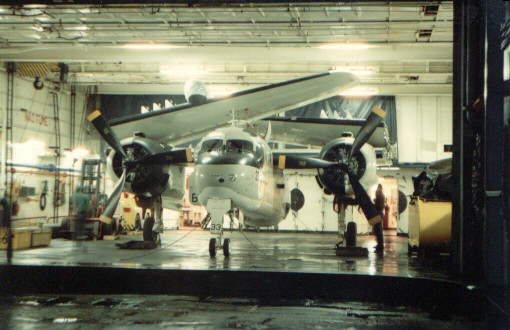 The rear most position of the hangar deck, looking aft, a space intended for heavy repairs, like engine changes, hence the heavy lifting gear. On the after wall you can see three repair shops used by the Naval Aviation units. In front of the 7033 is the rear lift well. 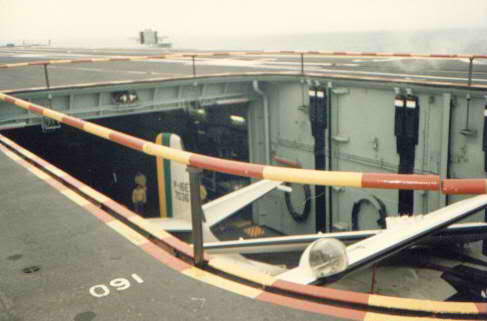 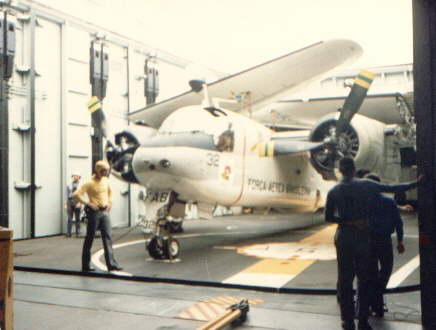 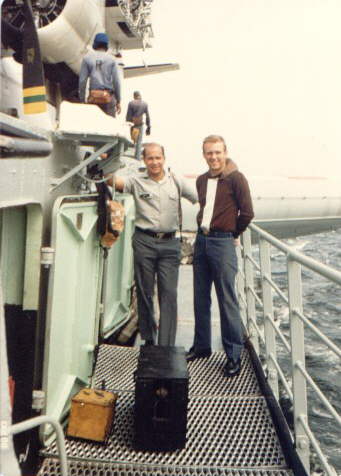 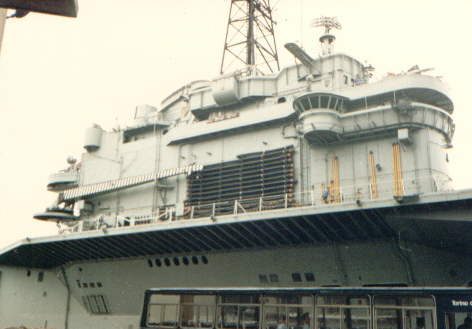 View of the Island from the starboard side, 29th October 1988. 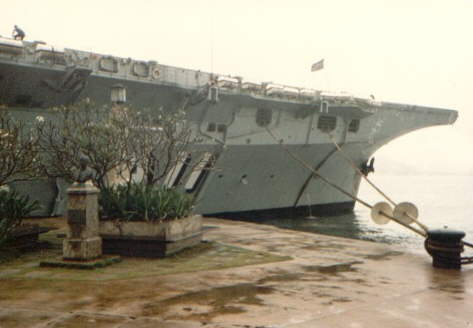 Minas Gerais alongside at Mina`s Pier (ocais do Minas) Brazil, on 29th October 1988.

Entering the channel at Curaçao on 11th March 1994. 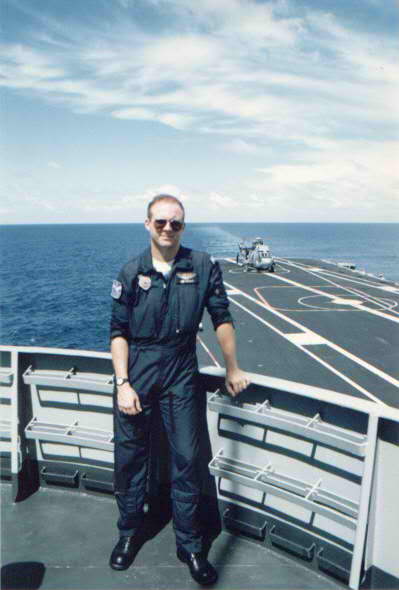 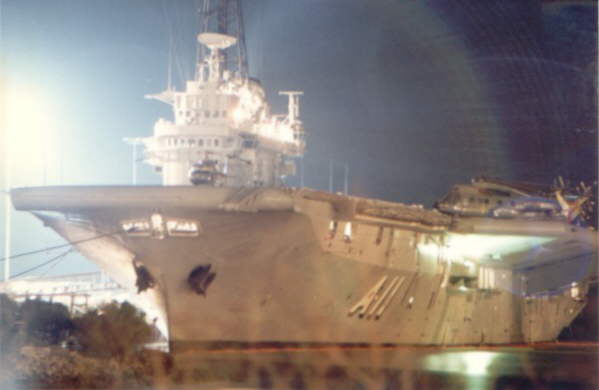 Minas Gerais at night in Bay Front Dock, Pensacola, Florida in May 1996. 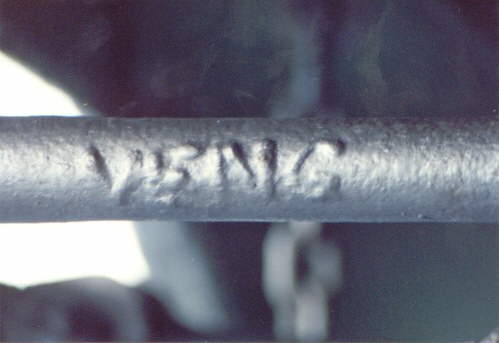 'Veng' welded to a metal bar pole sustaining limiting chains at a retractable sponson for ship's
vigilance while in port, located on the port side opening in the forecastle.