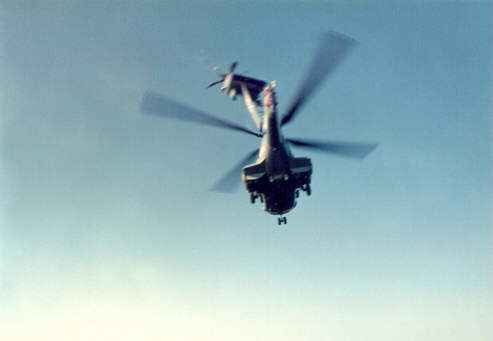 Shortly after take-off the Puma's rear rotor seizes, shatters and demolishes the tail of the Puma. 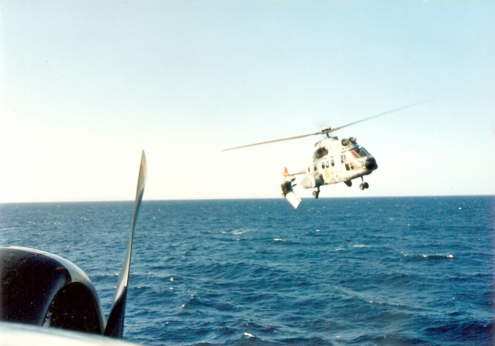 The Puma comes in for an emergency landing aboard Minas Gerais. 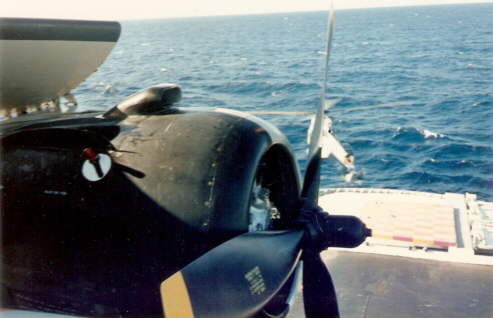 The out of control helicopter doesn't make the flight deck and heads for the sea off the aft Port side. 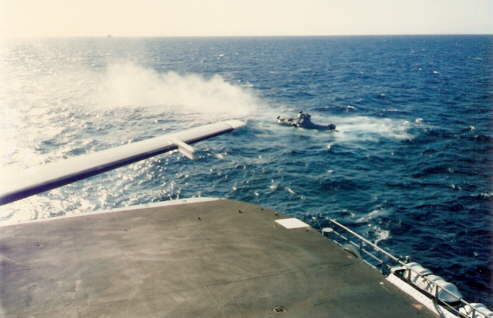 The helicopter crashes into the sea. 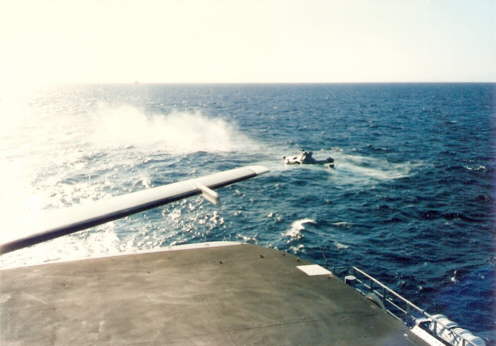 The Puma is committed to the waves along with the Pilot and Mechanic. 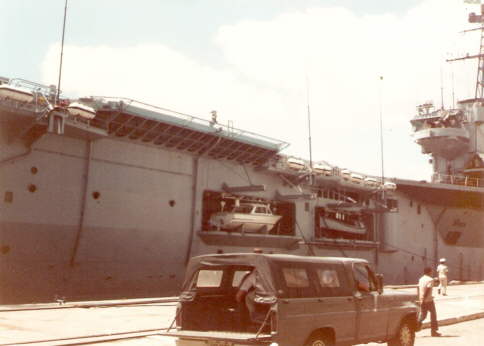 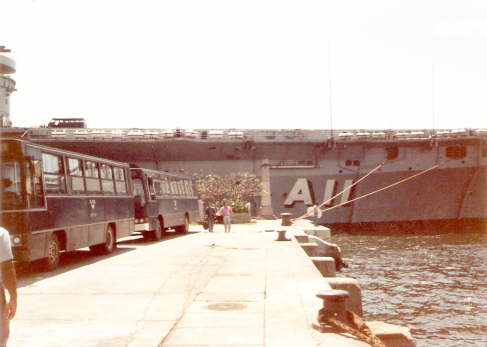 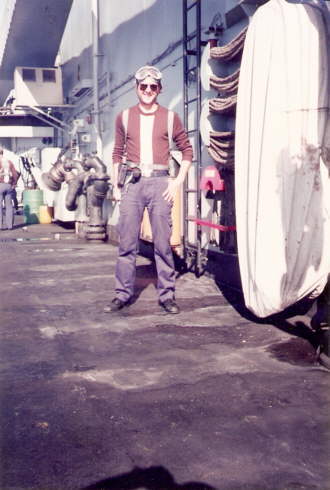 Sergeant Luis Theisen (Brazilian Air Force) in the glory of his flight deck gear; the brown & white shirt was for enlisted aviation maintenance personnel.  Luis is standing in front of the starboard island entrance hatch. Behind you can see the huge crane, underneath it an air conditioning set and the big black piping for fuel transfer ship to ship, while underway. 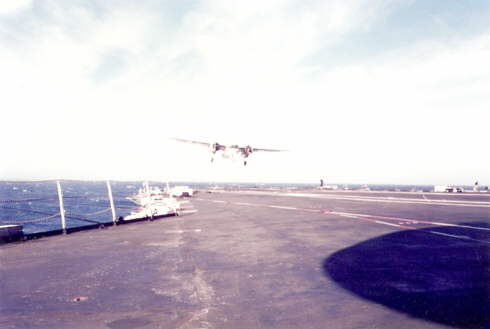 A low angle shot of a landing P-16. Noticeable is the Landing Signal Officer wind barrier not raised and judging by the wave's foam, it was a windy day! 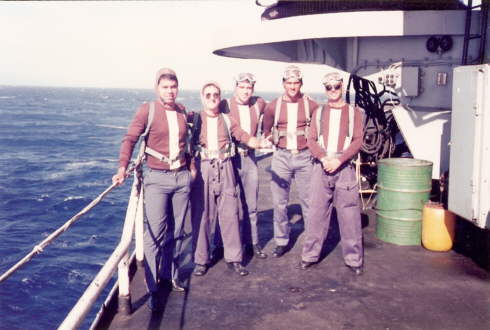 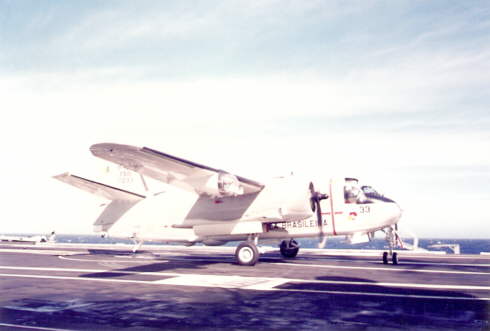 Here you can see the landing mirror in the raised position at the very nose of the "33". Note the canvas cover of the mirror's operators right in front of the mirror. 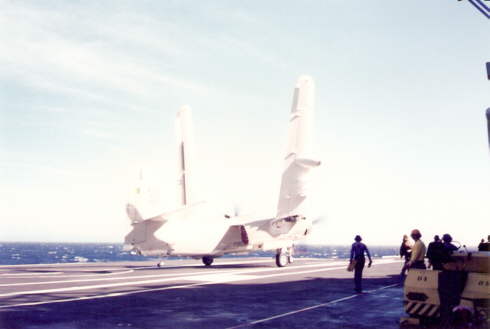 The "33" taxi-ing toward the front lift while folding its wings. Note the sailor heading to the plane with a wheels chock in hand.