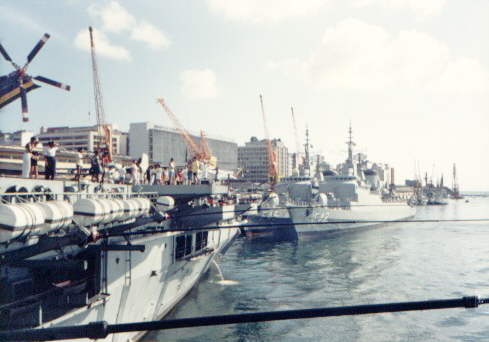 Minas Gerais at Salvador City harbour. The sponsons at the hull side were not modified during the re-fit in Holland and they retain the original shape, if you compare with older photographs. 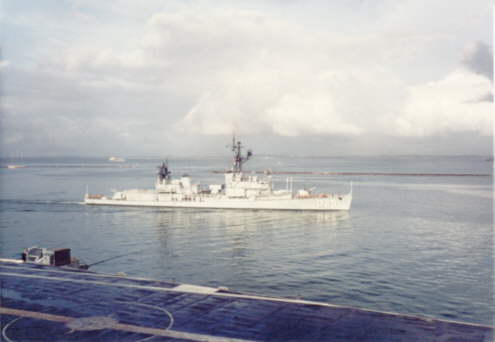 Pictured from Minas Gerais, D-25 was named after a Paraguayan war sailor hero of the corvette "Parnahyba" of the Imperial Brazilian Navy, during the Battle of the Riachuelo, on 11th June 1865,  the "MarcĒlio Dias". It was used as a target in a live shot exercise. The photo also shows Minas Gerais' landing mirror stowed. 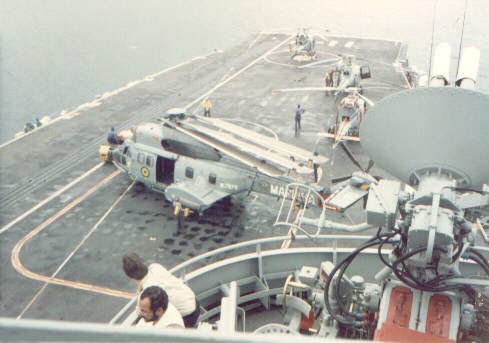 Still in the process of leaving the harbour shows the wet forward deck crowded with helicopters. It shows details of the 40mm. Pom-Poms. Note the white socks over the muzzles, the red covers on the guns locks and the radar apparatus. The catapult track at that time does have not the 'Copacabana sideways' paint pattern. 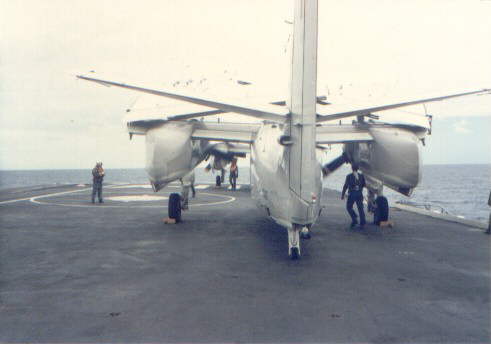 The aircraft are being allotted to this corner of the flight deck to make room for other landing aircraft and do not disrupt the recovery operations. 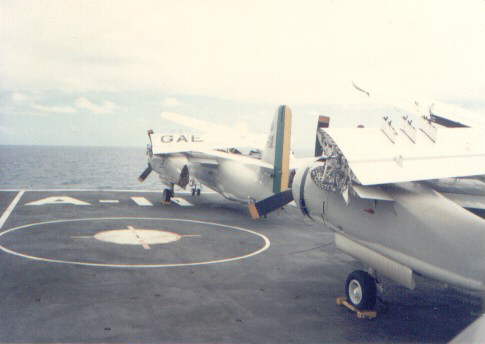 This photo shows the same aircraft as the previous photo and was taken from the cockpit of a third P-16 ready to be lowered into the hangar deck. 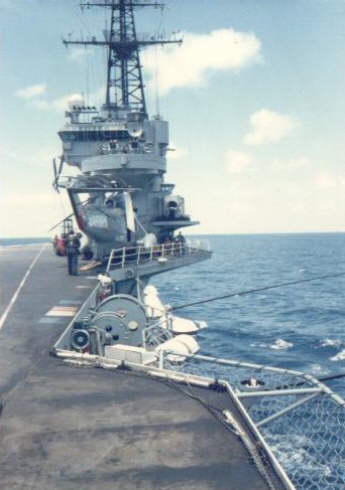 An aft view of the island, looking forward.  The line running through the length of the flight deck is the red & white safety line, intended for the safety of the people working on the flight deck. 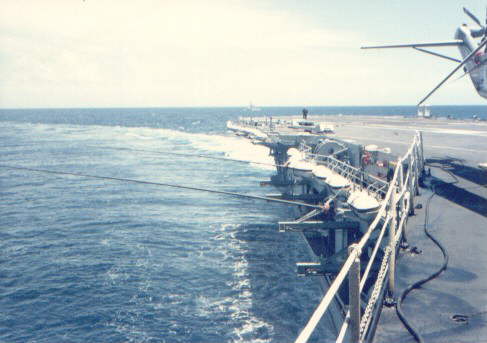 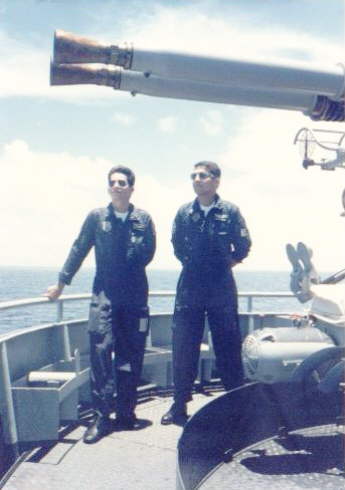 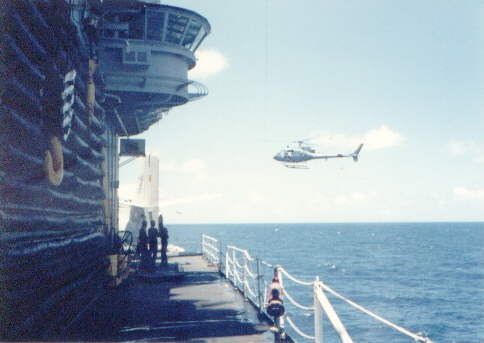 Starboard side of the island, looking forward. Note the fuel lines stowed at the island side and the hanging hook of the big crane to the left, in the photo. 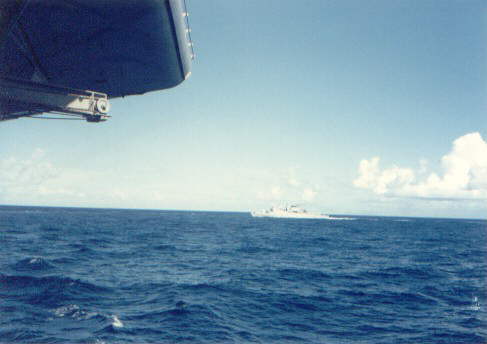 The photo was taken from the open deck below the edge of the angled landing strip. It is not a remarkable shot but reveals a very unusual angle and the davit's details. 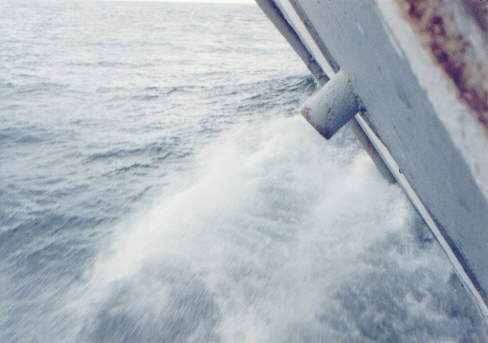 This photo was taken from a port hole on the edge of the hull. The drain piping that seems to go to the bottom of the hull got it's end just hidden by the bow wave. 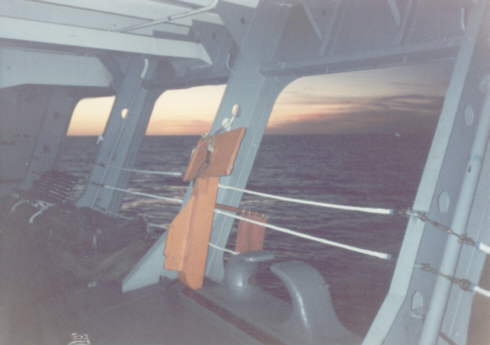 The stern open deck, beneath the flight deck at the aft of the ship. Note the bench at the left of the photo. 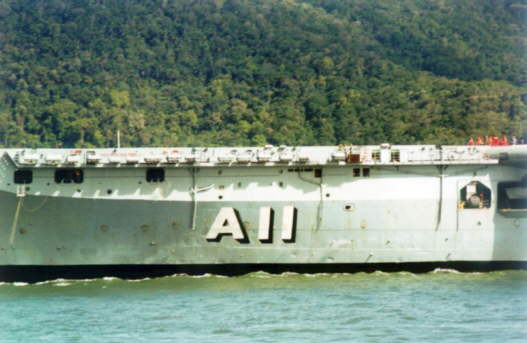 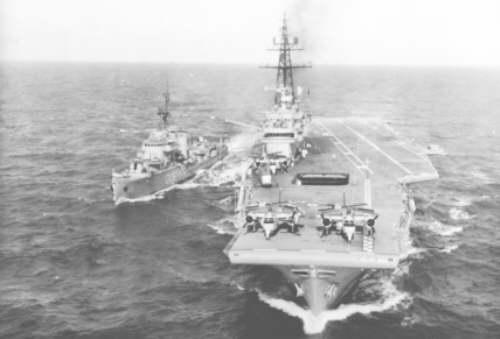