Therfore a flag signal may consist of; A single flag or pennant, a combination of flags and / or pennants in one hoist, several hoists flying simultaneously (which are read in their relative sequence), several displays each of one or more hoists, the displays being hoisted consecutively. 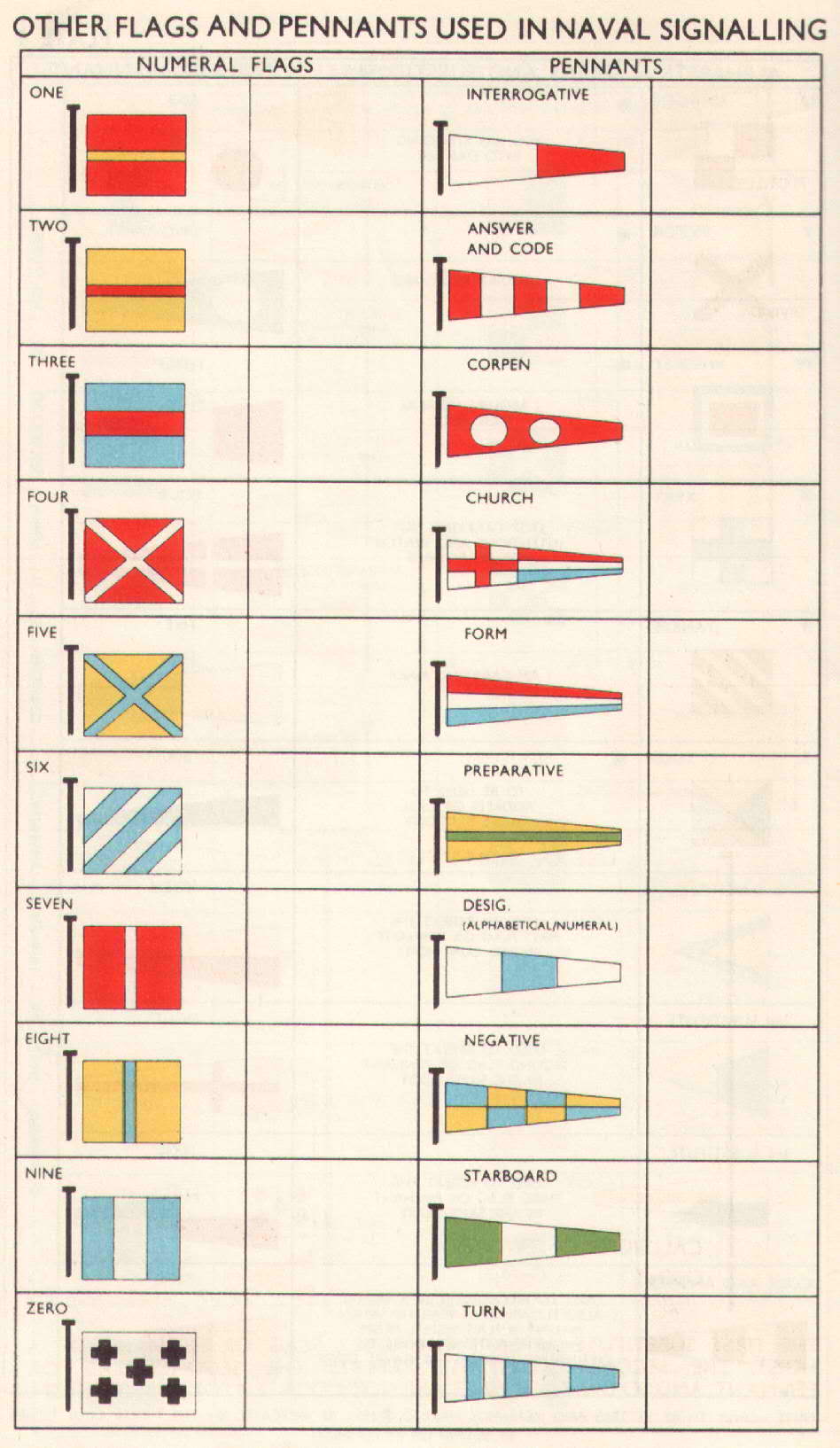 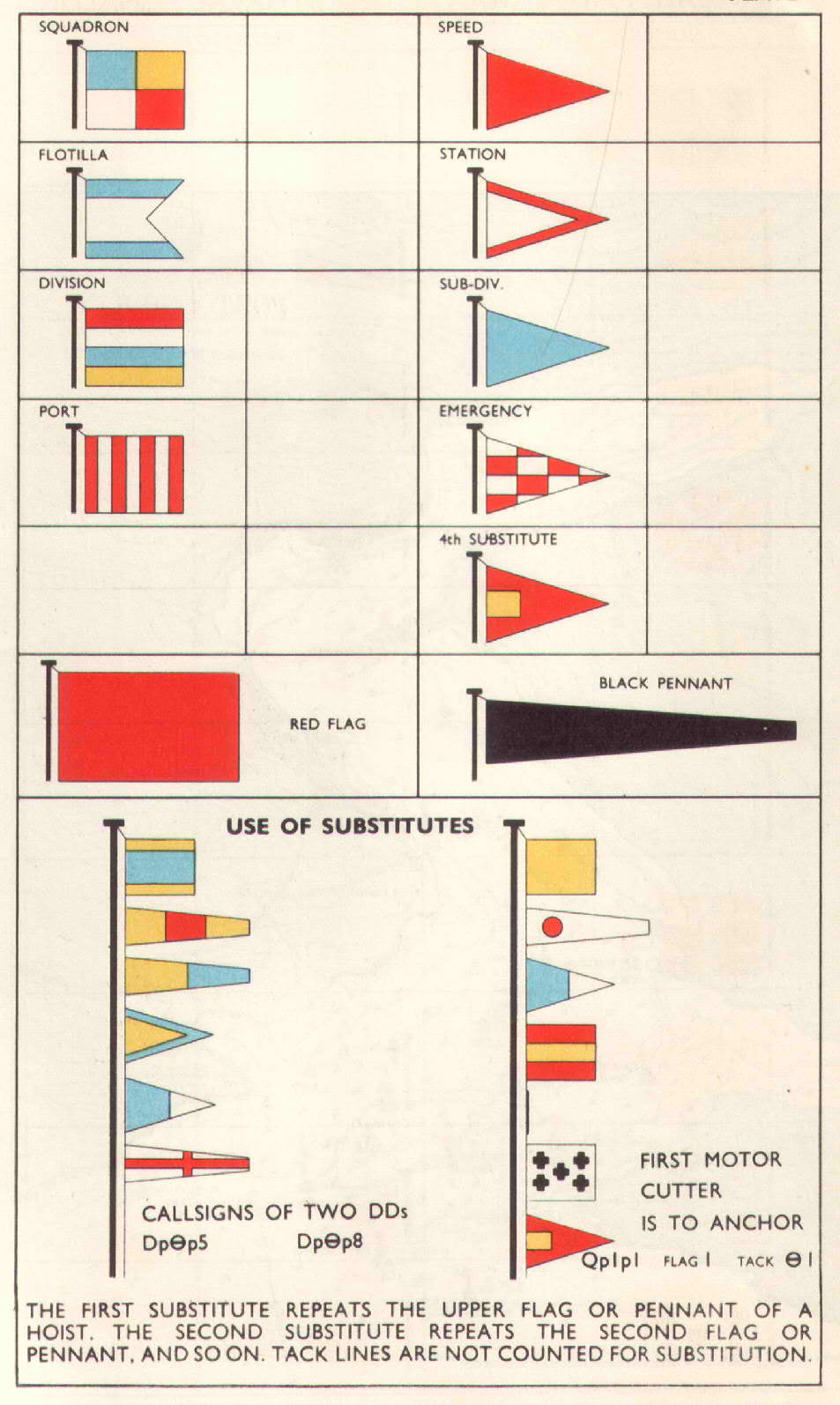