Most of the personnel, formed and assembled at Townhill Camp, in June 1944 and left Liverpool, on the troopship 'Queen Mary', destined for Brunswick, Maine, U.S.A., via New York, where pilot's were awaiting form-up on August 1st 1944. 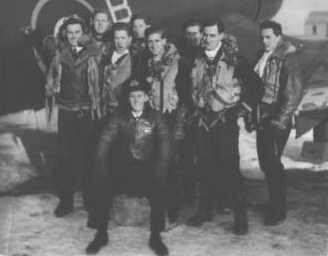 The Squadron consisted of, Commanding Officer Lt. Cdr. Patrick Chilton R.N., Senior Pilot Lt. Grogan R.C.N.V.R. and pilot's, S/L. Bardner, S/L. Borthwick, S/L. Bouchard, S/L. English, S/L. George, S/L. Gurnhill, S/L. Laine, S/L. Lynch, S/L. McKinstry, S/L. Rickell and S/L. Rouse. All but two of the pilot's, passed through H.M.S. St. Vincent at Gosport, Hampshire and progressed together through the various stages of Flight Training in the United States. S/L. Rouse wrote a Squadron ditty and played the guitar and S/L. Bardner was an accomplished classical pianist. All except the Commanding Officer and Senior Pilot, were trained in the United States and earned their 'wings' at Pensacola, Florida in late 1943. 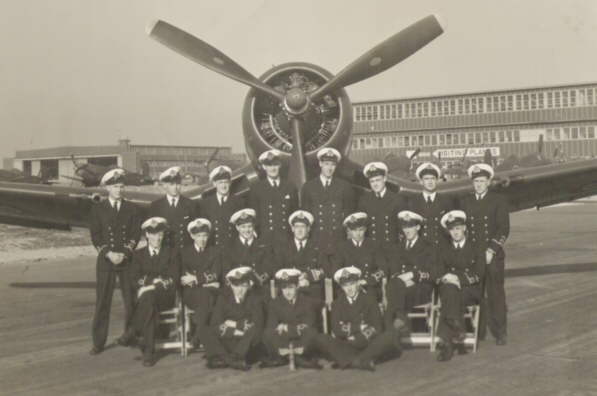 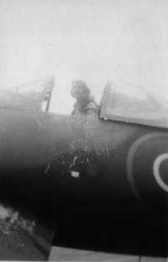 S/L. Norman McKinstry in a Corsair at Bar Harbor, Maine, in September 1944.

Lt. Grogan was from British Columbia, Canada and through family connections and to help the war effort, arranged for a tribe of Native American Indian's to adopt 1849 Squadron. The Indian's named the Squadron "Thunderbirds" and gave each aircraft an Indian name, which was painted on the individual aircraft. A photo taken at Brunswick shows C.O. Chilton, S/L. Borthwick and S/L. McKinstry accepting the Totem. 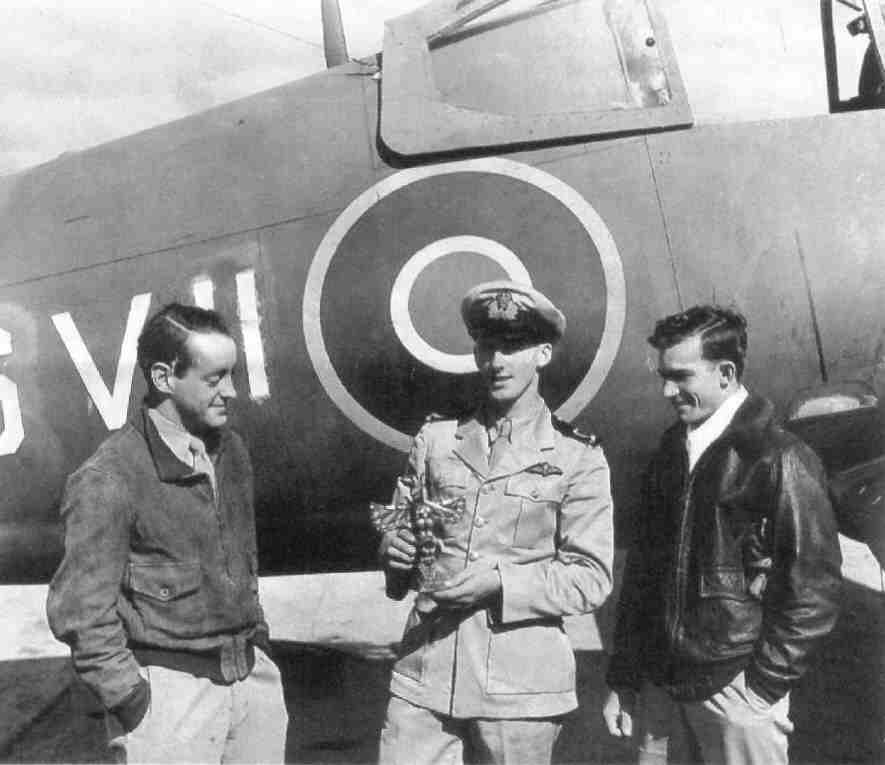 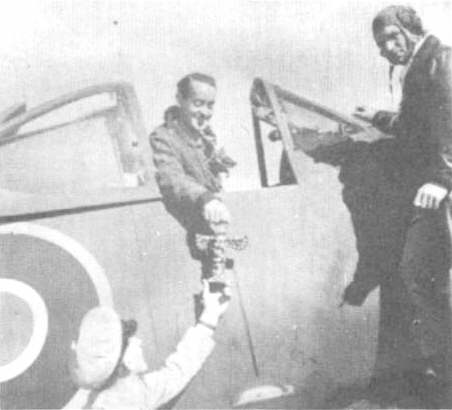 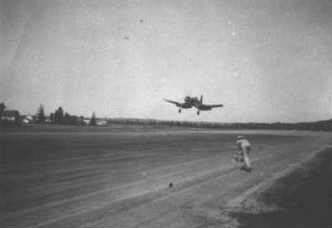 It is fair to say, that 1849 Squadron had an 'Esprit De Corps' above average. Flying was tighter than usual and this probably led to a mid-air collision at Brunswick, while flying Squadron formation to Bar Harbor, Maine on September 11th 1944, both S/L. Bouchard and S/L. Gurnhill lost their lives. Both are interred at the U.S. Navy Cemetery at Portsmouth, New Hampshire, U.S.A. 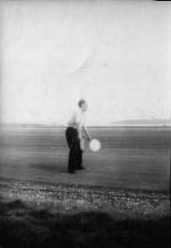 1849 Squadron departed Norfolk, Virginia on November 22nd 1944 on H.M.S. Reaper for Belfast, Northern Ireland, arriving on December 6th 1944. The same day, 1849 Squadron was disbanded and part of the Squadron reformed with No.1850 Squadron. 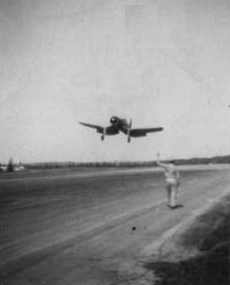 Lt. Cdr. Chilton had a long and distinguished Naval career and after the war, sailed around the World with his wife as crew, he died a couple of years ago. Lt. Grogan continued flying and was killed in a flying accident after 1849 Squadron was disbanded. 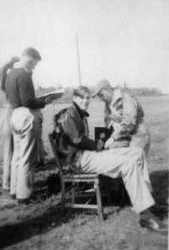 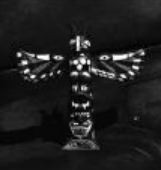 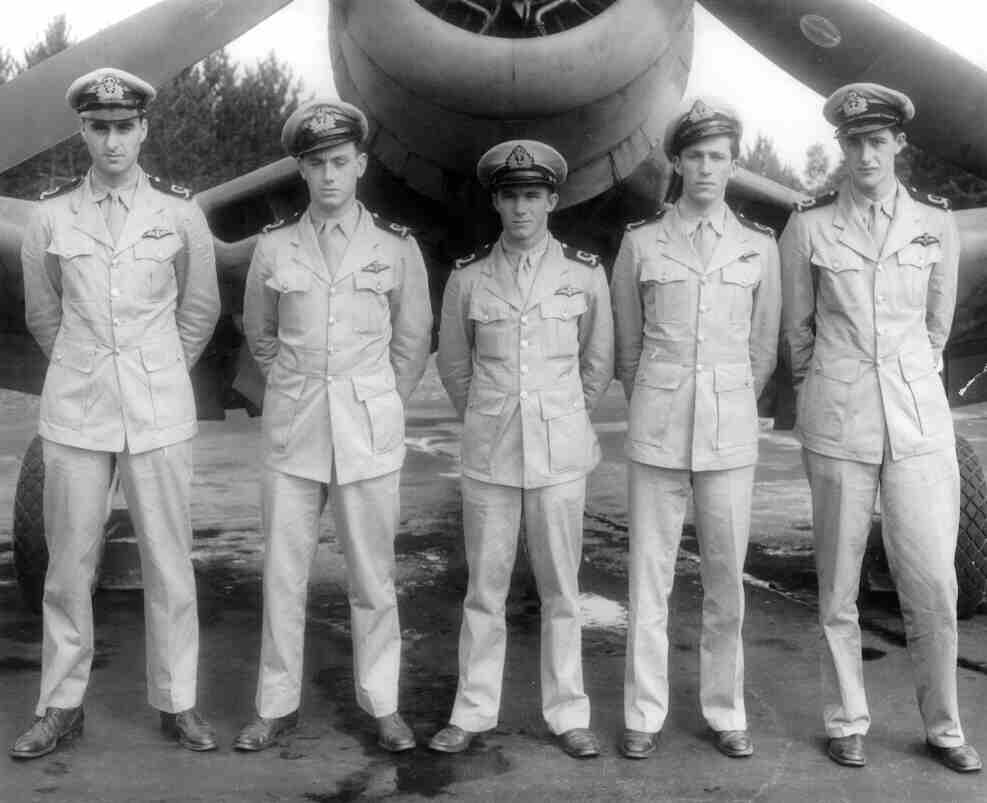 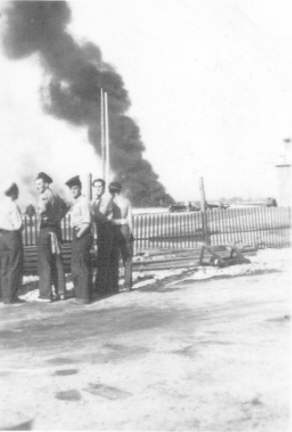 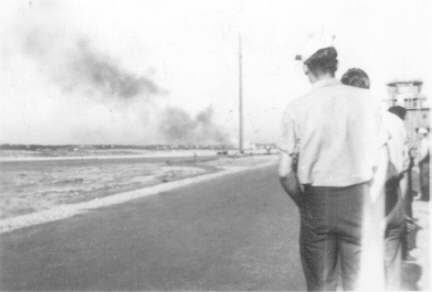