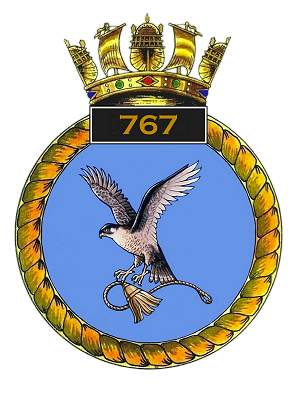 The Firefly F.1's of No.767 Deck Landing Training Squadron were based at RNAS. Milltown, a satellite Air Station of RNAS. Lossiemouth in Scotland.

No.767 Squadron carried out a final series of Deck Land Training on HMS. Vengeance on 5th May 1947.

The next time this squadron and HMS. Vengeance meets, is in 1950's.