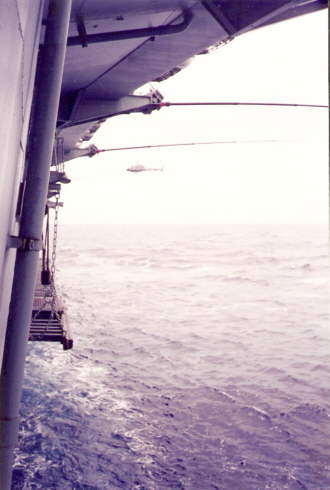 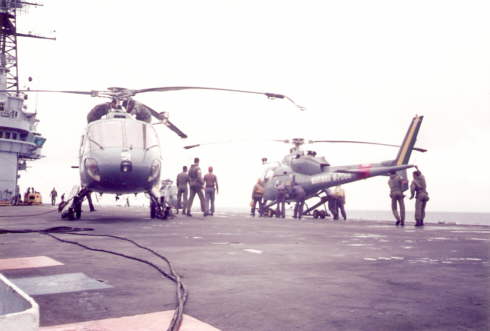 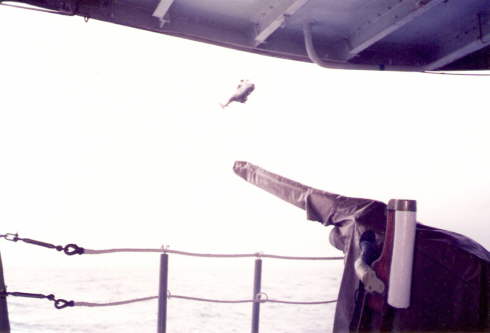 This photo shows the covered saluting gun at the stern, starboard side.  Flight deck directly above. 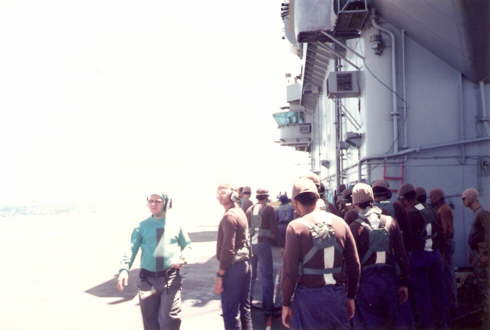 This photo shows the flight deck personnel during air ops. The operative dressed in brown with goggles and ear defenders facing aft is Corporal Adilson, the one beyond him facing forward is Sergeant Mesquita (with back to camera) of the Brazilian Air Force. 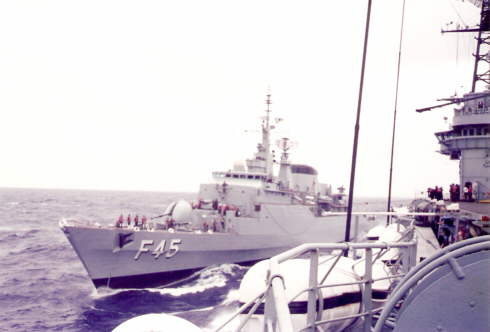 One of the Brazilian Navies Niteroi Class frigates, the 'Uniăo'.  She is Brazilian built under British design based on the Royal Navy Type 21 Amazon Class frigates.  Note the shape of the carrier's catwalk. 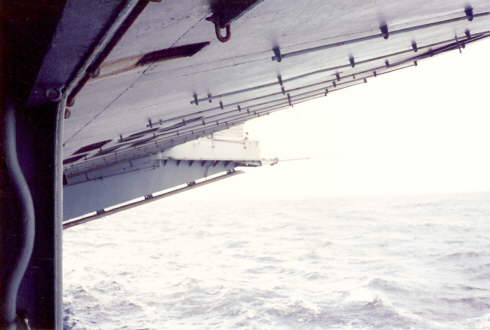 This is not a remarkable photo but shows some details of the ship beneath the angled flight deck on the port side.  The bars are used for the support of maintenance and painting jobs. Note the crews galley exhaust pipe running under the landing mirror sponson. 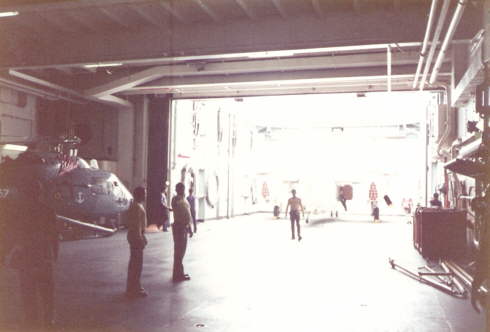 The forward lift in the down position, looking forward, with a P-16 on, however, due to the bright sunlight it virtually cannot be seen from within the hangar deck. 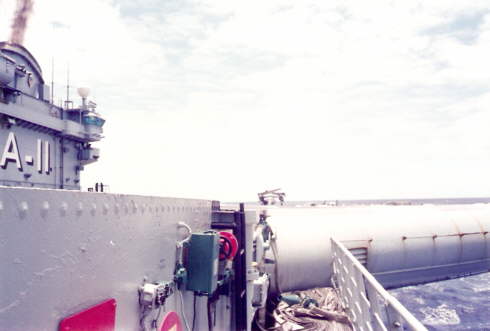 The end of the catapult catwalk on the port side, looking aft, with a foam hose (piping and hose end painted green) ready for use in case of aircraft fire. On the island note the satcom bulbous antenna cover and below it the flight deck flood lights. The ship's crest can be seen on the side of the funnel. 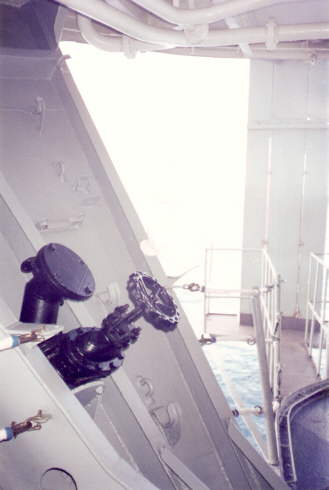 This is the starboard side, rear hull opening, with the gangway to the flight deck's end signalling lights. The board at the end of the gangway is painted red and white for the incoming aircraft. 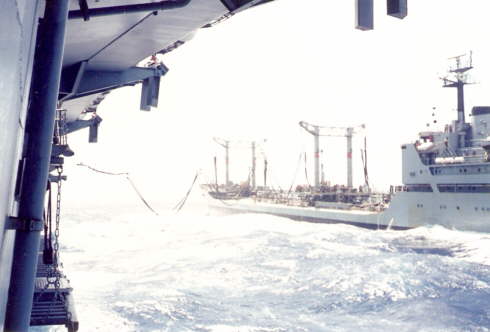 Minas Gerais refuelling from the oil tanker 'Marajó'.  The masses protruding downward from the flight deck are the ends of the retractable deck edge antennae's. 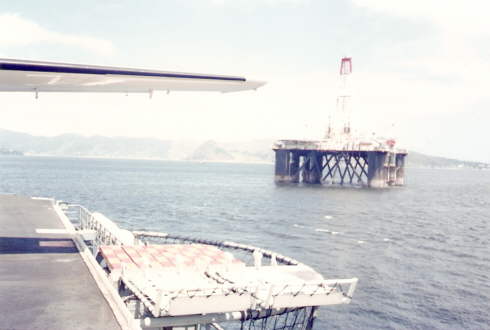 The ship was in the Guanabara Bay, Brazil and the photo gives a close up to the LSO's pad with the windshield lowered.  Note the net surrounding the pad which leads to a canvas duct that dropped any 'loose' personnel to the stern open deck, avoiding a 'man overboard' alarm. 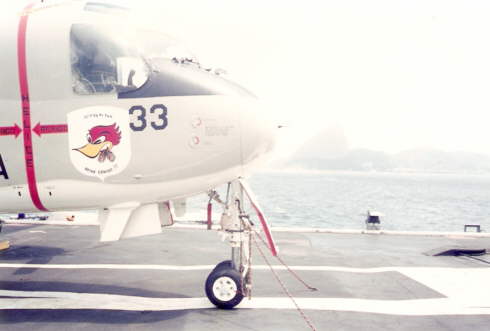 This photo clearly shows the corrugated skin of the flight deck and tie-down points for the aircraft.  Sugar Loaf mountain is in the background.