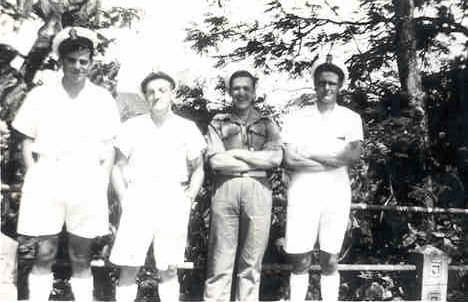 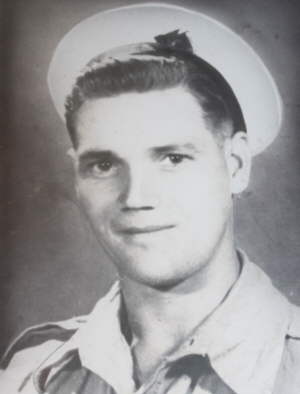 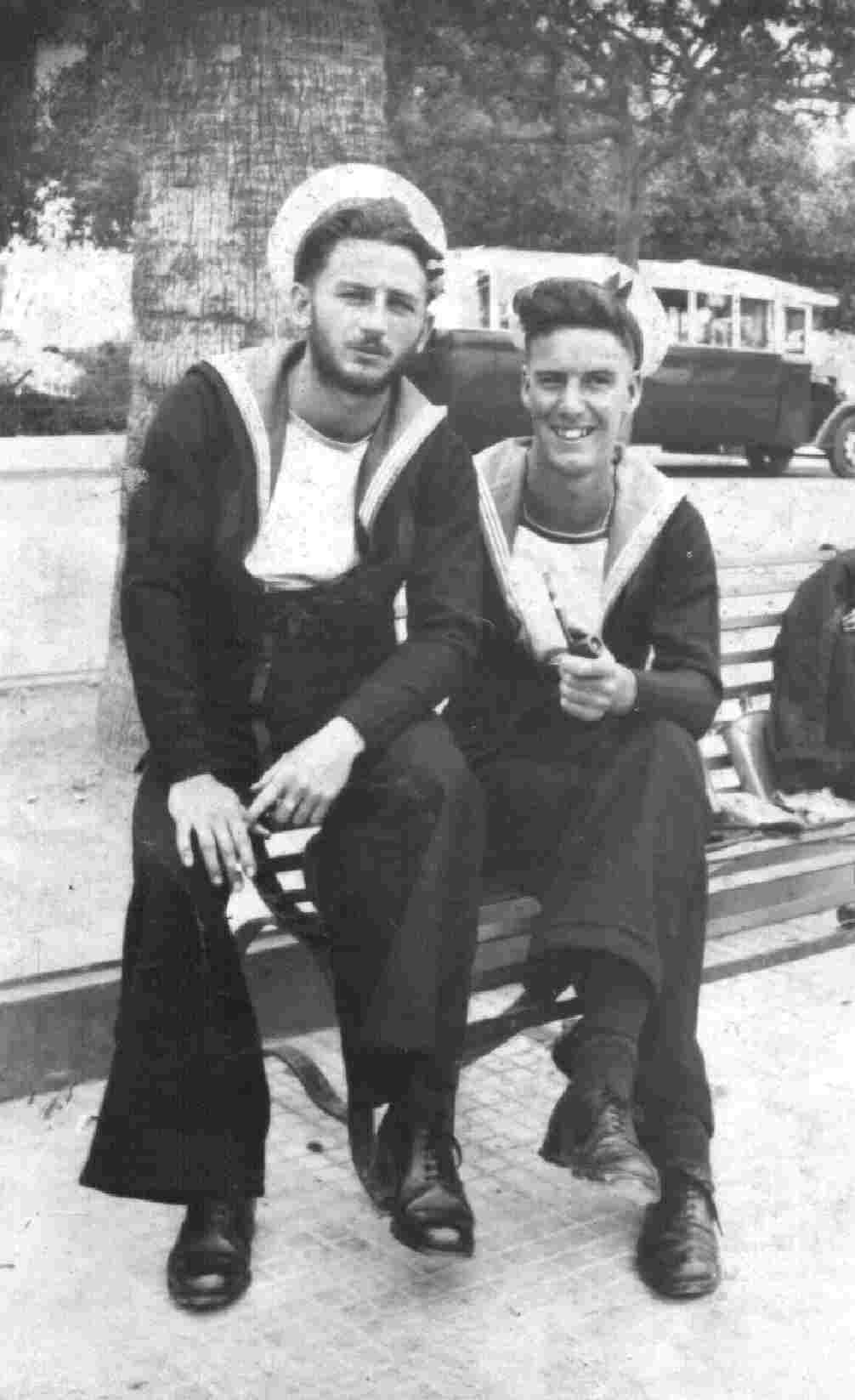 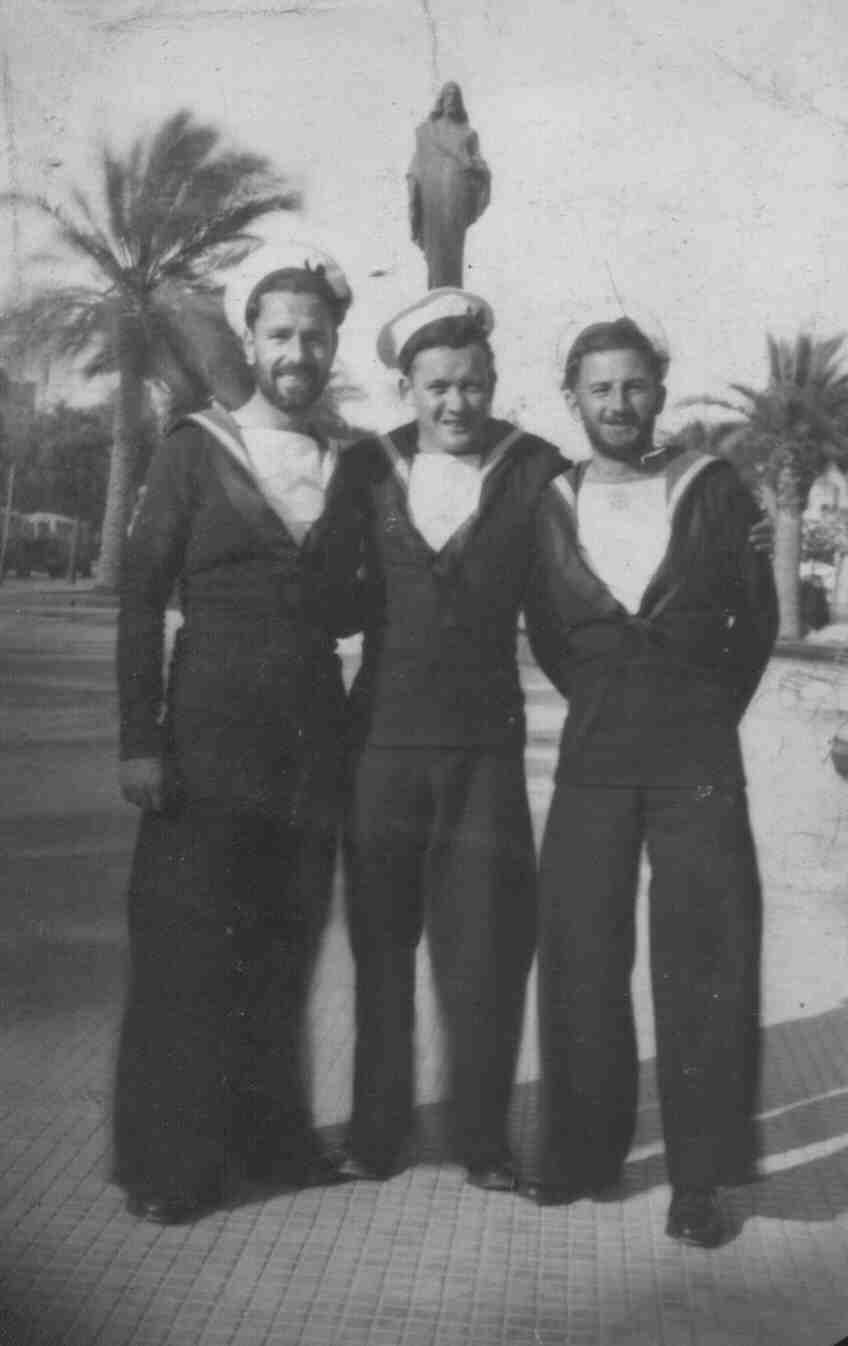 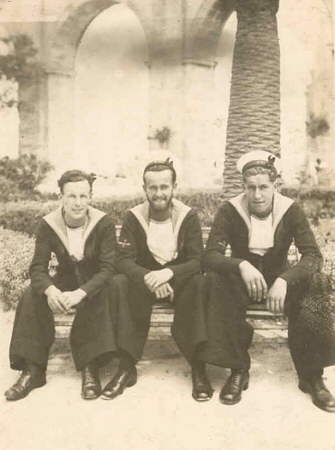 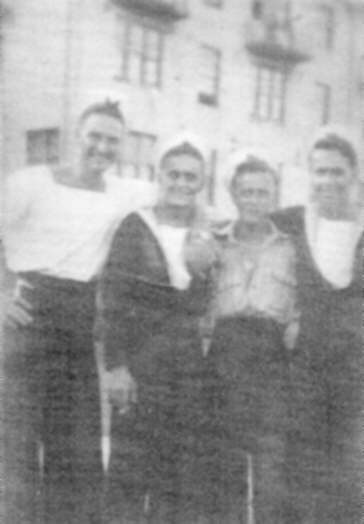 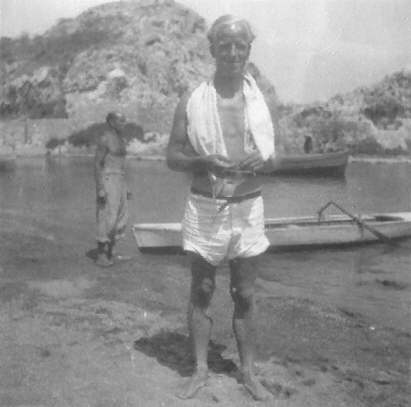 Pilot 'Nutty' Bristow at Taormina, Sicily in May 1945. 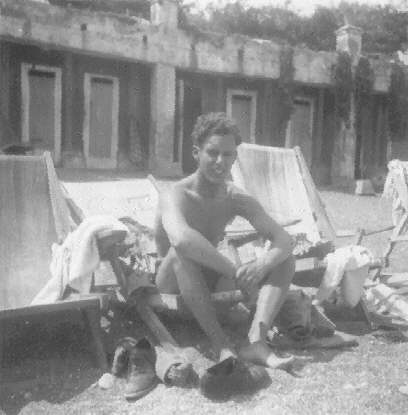 Pilot 'Digger' Digby on the beach at Taormina, Sicily in May 1945. 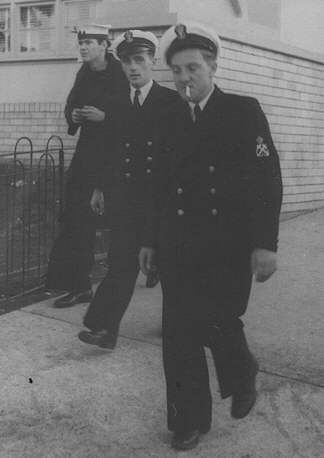 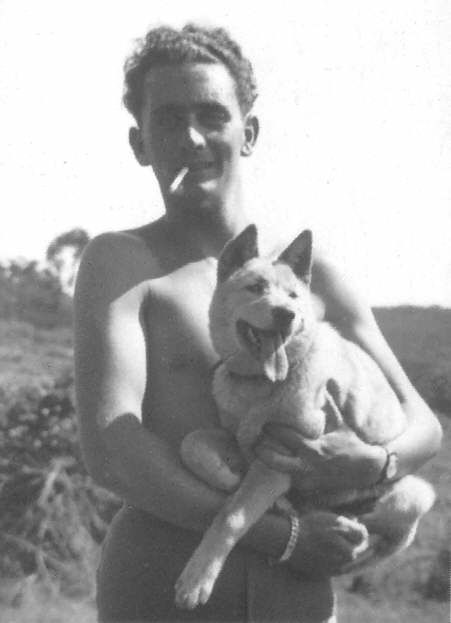 Observer A. Cross with 'Ming' the Squadron mascot, who was bought in Hong Kong. She was run over at Schofields in Australia and had to be destroyed only 5 months old. 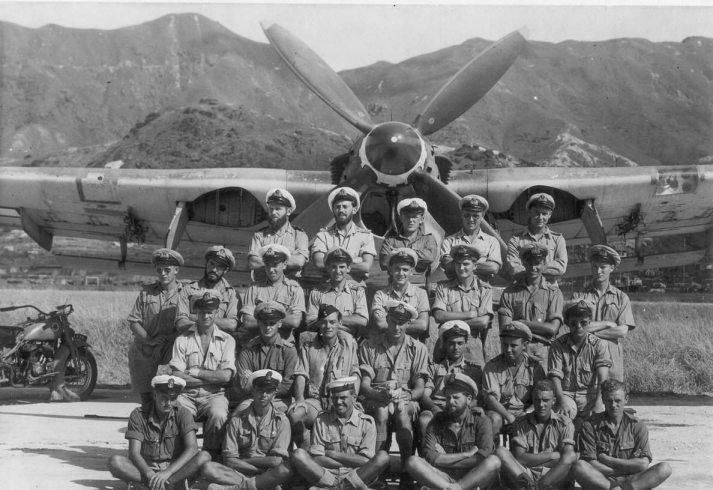 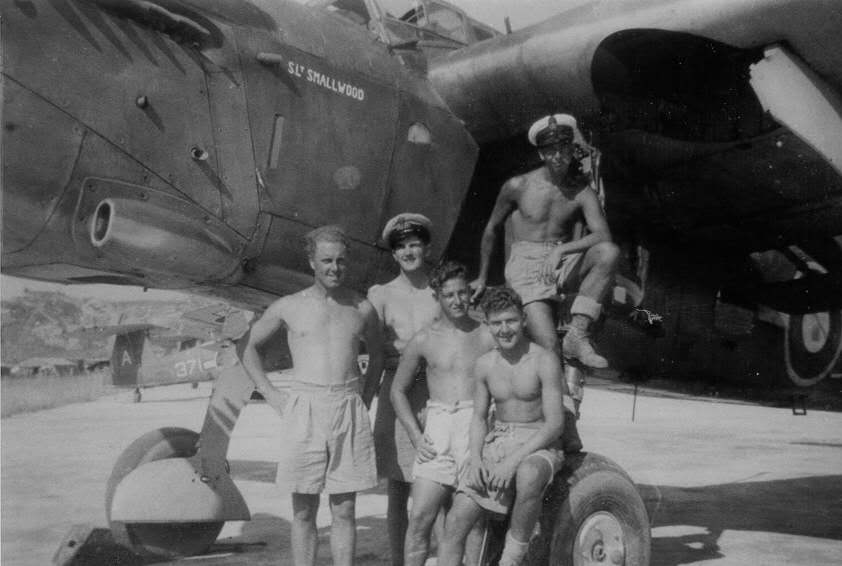 The Barracuda of S/L. Smallwood, with Ground Crew (persons unknown) at Kai-Tak Airfield in 1945. 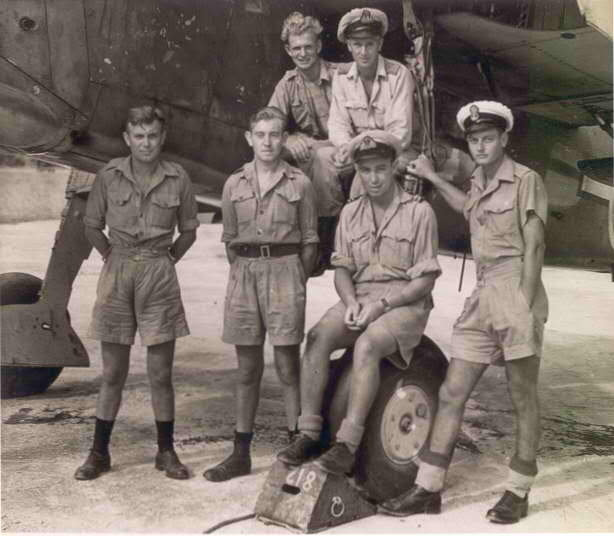