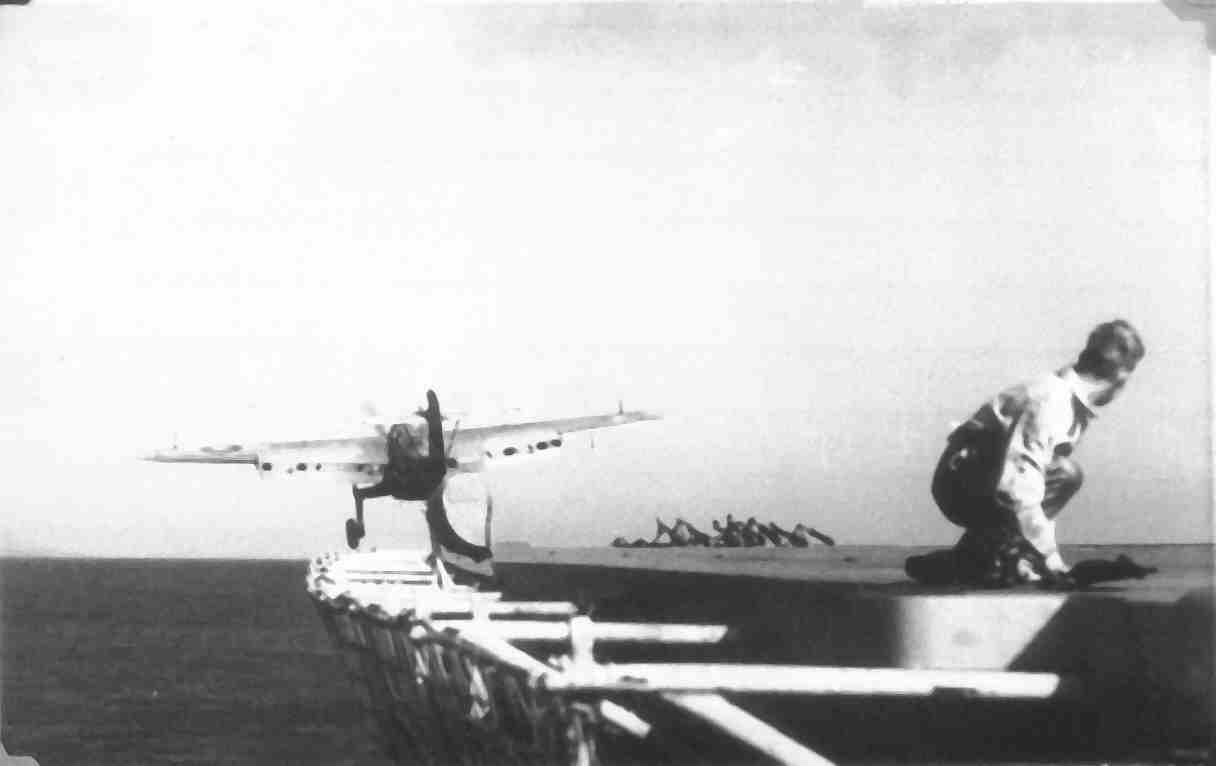 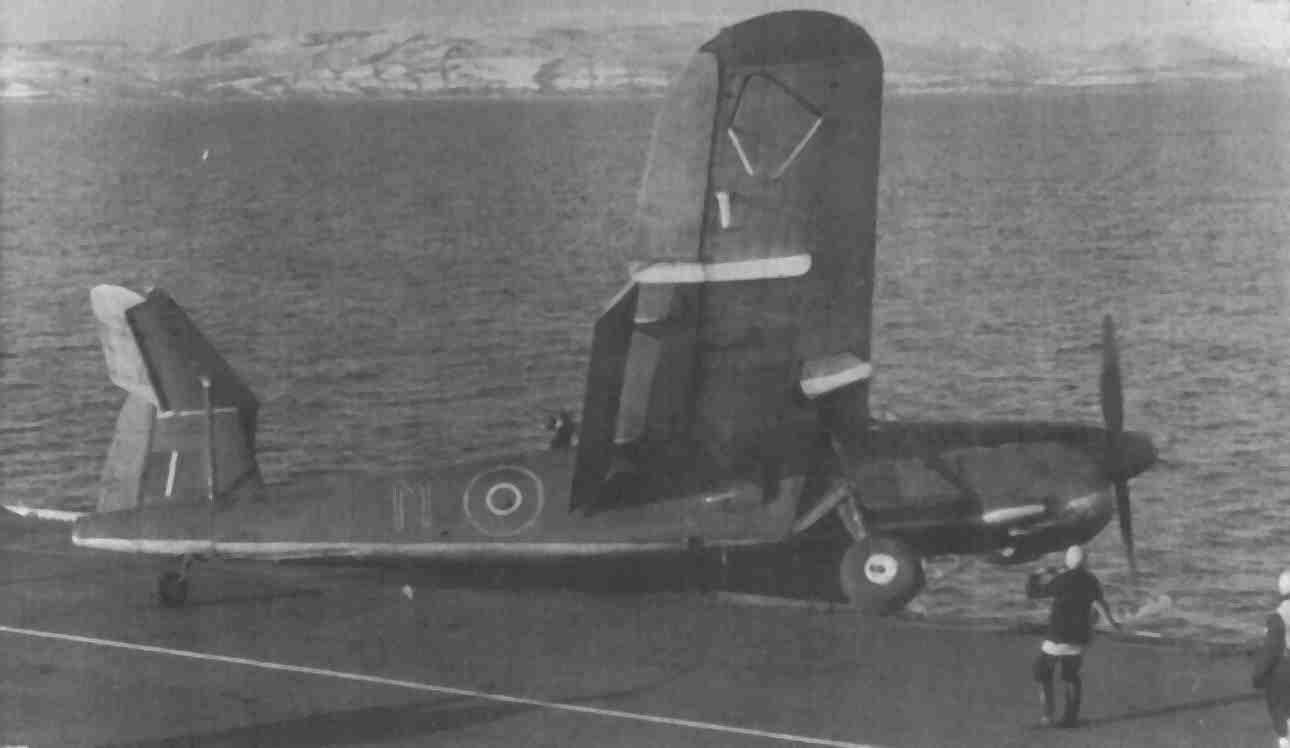 Barracuda lies dangerously over the side, off Gibraltar 1945. 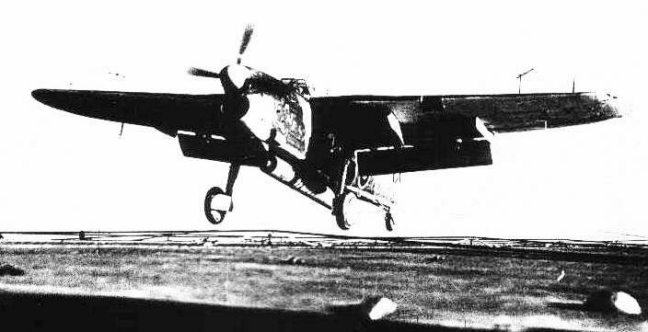 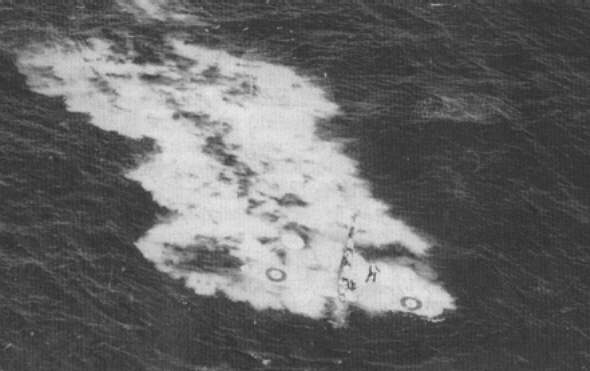 Fairey Barracuda of 812 Squadron, ditched in the Sea off Malta due to an engine fire, on 4th April 1945. 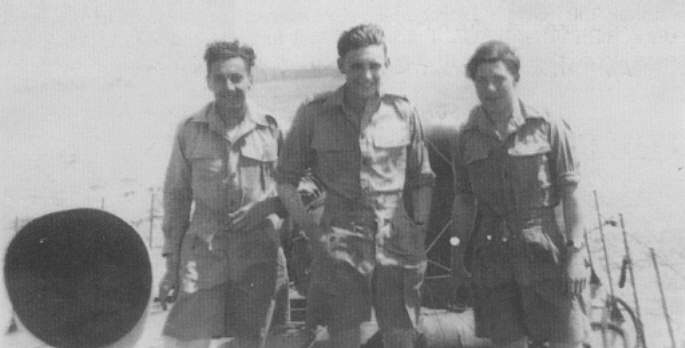 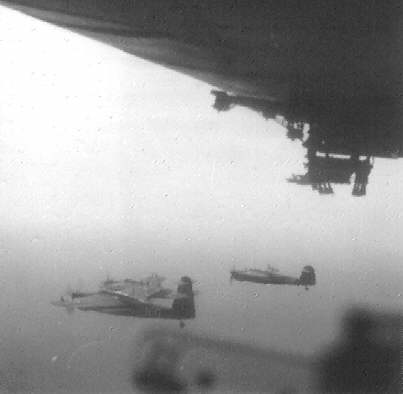 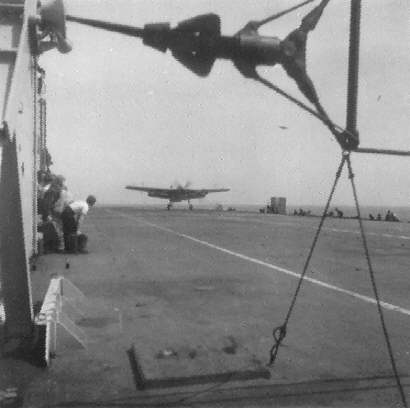 Down safely, engine cut and a Barracuda picks up the wire on HMS. Vengeance. No.1 crash barrier top of photo.